Time to talk about referral to treatment waiting times

Referral to treatment waiting times were a tremendous success, but their future is now in doubt. Rob Findlay notes that the time has come to ask: is there a better alternative? 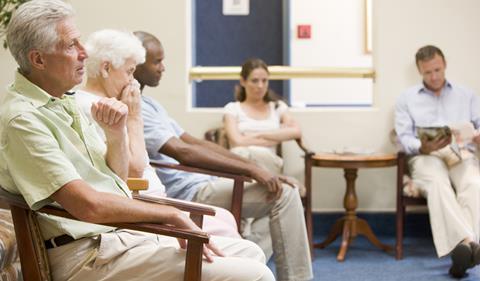 Referral to treatment waiting times standards have been a great success in England.

Under the last Labour government, RTT waiting times fell from well over a year in 2007, to just over 18 weeks (on the current standard) during the 2010 general election. Under the Conservative / Liberal Democrat coalition they continued to fall, bottoming out at 15.8 weeks in April 2013.

These massive reductions in waiting times were made possible by massive reductions in the number of patients waiting. The earliest recorded RTT waiting list in August 2007 contained 4.2 million patients. Just 17 months later there were only 2.3 million. And this was maintained in the early years of the coalition; in March 2012 there were still only 2.4 million patients on the waiting list.

Massively shorter waits, and an end to those hidden waiting lists - RTT was a huge achievement

But RTT was never just about the numbers, it was also a fundamental change in the way elective waiting times were measured.

Follow-up outpatients (with decision to treat)

Patients can skip steps or be discharged part way through, but that’s the outline.

Before RTT there were two waiting time targets: from referral to first outpatients, and from decision to treat to treatment. In the middle, there were hidden waiting lists for diagnostics and follow-up outpatients.

RTT covered the bit in the middle for the first time, by measuring waits in an unbroken stretch from referral all the way through to treatment. Patients could no longer be delayed with repeated follow-ups, so the hidden waits were sorted out.

Massively shorter waits, and an end to those hidden waiting lists - RTT was a huge achievement.

Today, the waiting list is back over 4 million, with the 18 week standard breached by ever larger margins. The future of the standard is uncertain.

Hospitals have outpatient departments, radiology, operating theatres, and wards, each providing a different kind of care at a different stage of the RTT pathway. Planning and managing the hospital means planning and managing each of those stages separately. If everything is lumped together under “RTT” then you can’t tell what’s going on where, or work out how many sessions or beds you need.

That is why NHS Improvement’s Referral to treatment pathways: A guide to managing efficient elective care focuses so relentlessly on all the separate stages. To take just one example: “Demand and capacity modelling requires the underlying supply and demand to be balanced at each stage of the patient pathway; for example, first outpatient appointment, diagnostic visit, admission.”

Which brings us to the information systems that underpin waiting times management, which - 10 years on - are still not integrated with the RTT approach. You can see the consequences in bolt on reporting processes, increasing collapses of RTT reporting when trusts implement new information systems, the periodic discoveries of unreported one year waiters, and the high cost of validating complex RTT data.

And finally, one of the main reasons for having waiting times standards is to foster patient safety. Yet we are now in the ironic position where RTT standards are coming into conflict with patient safety instead.

Time for another look

I think the time has come to ask whether the benefits of the RTT approach are outweighed by its shortcomings. To be clear, I am not calling for RTT to be scrapped - only for a debate.

The question is: could we replace RTT with a series of stage of pathway standards, that fit how real hospitals work without opening the door to hidden waiting times?

The first stage, from referral to first outpatients, should be straightforward. For example: “at least 92 per cent of the waiting list must be waiting less than six weeks, in each specialty”.

Could we replace RTT with a series of stage of pathway standards, that fit how real hospitals work without opening the door to hidden waiting times?

Let’s parse that. A “92 per cent” tolerance would allow patients to choose to wait longer, and “of the waiting list” would avoid perverse incentives, as already happens with RTT. Further, “six weeks” would ensure that unsuspected cancers are picked up quickly. And “in each specialty” would stop high cost specialties being traded off against cheaper ones.

A similar form of standard could cover the stage from decision to treat to treatment. We can be confident that these standards would work because they are updated versions of how things were done before.

The bit in the middle is trickier, and we need to avoid creating gaps or low cost loops that would allow hidden waiting times. So, we could keep the six week diagnostic standard, and add a new one for post-diagnostic follow-ups. Or we could set a new standard covering the whole period from first outpatients to decision to treat (perhaps with a lower tolerance - like 80 per cent - to allow for some patients needing multiple diagnostics).

Alternatively, could RTT be better adapted to the way hospitals work? Perhaps. But it is only fair to ask: if it hasn’t happened in the last 10 years, why would it happen now?