Understanding the right and wrong time for intervention

The use of charts by hospital boards can help decision makers set well defined control limits to performance indicating where intervention may be required, writes Paul Bird 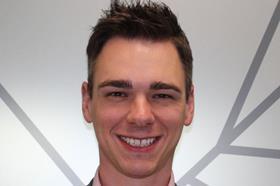 The healthcare sector is often criticised for its reluctance or failure to adopt tools and techniques from other sectors.

From an organisational level it is easy to see why these changes fail to gain traction: often interventions that are packaged as being tools or techniques in fact require a substantial change in organisational culture for them to work effectively.

This of course takes time and commitment, both of which can be difficult to sustain in the turbulent world of operational healthcare management, and so a lack of cultural change inhibits the use of the tool.

Many healthcare organisations are fortunate in the sense that they regularly collect large amounts of data which can be used to monitor performance. But the key question is how do we use that data?

Have you ever been in two minds whether a performance issue requires intervention? Did that judgement rely on ‘gut feel’ as much as the data?

Decision making is often beset with uncertainty; performance goes up and down, not every negative change needs intervention and not every positive change should be rewarded with a pat on the back.

Many healthcare organisations are fortunate in the sense that they regularly collect large amounts of data which can be used to monitor performance. But the key question is how do we use that data?

One way to help decision makers to better understand these variations is through the use of Statistical Process Control (SPC) charts, which are a staple in many sections of industry and manufacturing.

Setting well-defined control limits can help by indicating what might be normal variation (or chance) and what might be indicative of a problem with performance, and therefore where intervention may be required.

In simple terms, it means putting an upper and lower control line on performance charts; any variation within the two lines is expected, anything outside of the lines is significant variation.

For instance, if from your board report you noted that a department, specialty or ward’s performance had deteriorated, without a control limit as a reference point you may choose to intervene.

You might request more data, talk to key team members in the department, perhaps move to more regular updates of information on performance, and put actions or an action plan in place.

The cost associated with this is limited, although intervening as a board member, or being subject to intervention as a staff member can sometimes cause antagonism.

However, the alternative of not intervening when performance appears to be deteriorating is unpalatable.

No one wants to be held to account several months later and find themselves saying “Yes, we worried it might be getting worse but thought we’d better wait until we were sure”.

Given the assistance that control charts can offer, you would think that their use would be common place in health. According to a recent study undertaken by NIHR Collaboration for Leadership in Applied Health Research and Care (CLAHRC) West Midlands and the West Midlands Academic Health Science Network, this is not the case.

A review of the board papers of 30 randomly selected trusts over a twelve month period showed that of the 589 charts included, only 72 used some element of Control Chart methodology to eliminate chance from their findings.

Setting well defined control limits can help by indicating what might be normal variation (or chance) and what might be indicative of a problem with performance, and therefore where intervention may be required.

It is not clear why control charts tend not to be used. Two likely reasons include a lack of widespread understanding of control charts amongst hospital staff, and the cost of software to produce SPC charts.

Both are easy to overcome. Anyone who can read a line graph can quickly grasp a control chart, and there is a variety of free or cheap software available that can create SPC charts.

The use of control charts at national level might help stimulate their use at local level, although there are limited opportunities for ongoing training in analytical techniques for NHS managers with no professional registration or single professional body.

There is great importance attached to timely information in healthcare in order to aid decision-making. However, the environment for decision-making in health is unusual in that the balance between risks is skewed.

Ordinarily, positive or negative results are viewed equally favourably; for example shareholders will accept a loss in the short term, if they feel they will profit in the longer term.

Health management is different as adverse outcomes rightly tend to be viewed much more severely than unnecessary intervention. This means the tendency in health is always to intervene, even if the basis for doing so is uncertain or unclear.

Intervention is required and rightly expected of boards, but intervention has its less tangible costs, and these should not be underestimated. The use of SPC charts offers the opportunity to build organisational confidence, and to help make better decisions.