WORKFORCE: Two former non-executive directors of a hospital trust in Liverpool who received unauthorised payments have refused to return the money, according to correspondence seen by HSJ.

Last year, an independent report revealed how Royal Liverpool and Broadgreen University Hospitals Trust had ignored its own legal advice by making extra payments to its chair and five non-executive directors. 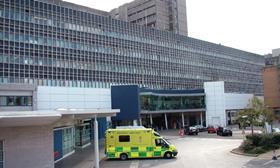 The trust made three sets of additional payments between April 2009 and August 2014, none of which were approved by the health secretary. The payments were for significant amounts of extra work.

There are restrictions on NHS trusts regarding non-executive pay, which mean they need the health secretary’s permission to exceed agreed levels.

Last year the trust said it would seek to reclaim the monies owed, but has now confirmed that two of the non-executives have not repaid.

And HSJ has seen a letter from a senior officer at the National Audit Office, which has now raised concerns over the issue.

The letter refers to correspondence between the trust and regulators which says the NEDs have received legal advice saying they are “not under a legal duty to repay and are unwilling to do so”.

The correspondence “does not make it clear to me that the matter is still being actively pursued”, the NAO officer wrote at the end of June. He said he would be making enquiries with the trust.

Frank Kerkham, whom HSJ understands is one of the NEDs that has not repaid, has received an apology from the trust confirming that he was given verbal assurances on a number of occasions over the legality of the payments.

Former chair Judith Greensmith and former non-executives Jon Saunders, Colin Duncan and Graham Hollick have each told HSJ they have repaid in full.

The independent report conducted by KPMG, when read together with the trust’s annual report, suggests that Dr Denise Preece was the fifth non-executive to receive an additional payment. HSJ has made several attempts to contact Dr Preece, but has not received a reply.

A spokesman for the trust said: “Two NEDs have not repaid the monies owing. The trust is conscious of the likely legal costs of recovery balanced with the likelihood of success. The trust has continued to pursue recovery of the monies.”

A spokesman for the NAO said: “We are aware of this matter and are currently considering the issues raised.”