A turnaround director has been appointed to a troubled acute provider in Liverpool, alongside several interim executives. 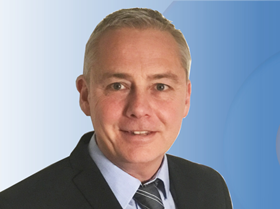 Michael Wright will join Royal Liverpool and Broadgreen University Hospitals Trust next week, having been finance director at Barnsley Hospital Foundation Trust since 2015. The trust said he is a permanent appointment.

The appointment also comes amid several board changes, including a new interim chief executive, ahead of the trust’s planned merger with Aintree University Hospital FT in October.

RLBUHT has struggled with significant financial and performance issues, while its planned move to a new hospital has been severely delayed following the collapse of Carillion.

Although not in special measures, the trust is currently subject to the second highest level of oversight by NHS Improvement (of four levels), which is described as “mandated and targeted support”.

The trust said the appointment was not requested or mandated by NHSI.

Peter Williams, the trust’s medical director, has been appointed interim chief executive following the departure of Aidan Kehoe, who has taken a job in Qatar.

Colin Hont is now interim chief nurse, having stepped up from the deputy role.

Barnsley Hospital FT has appointed its deputy to be interim finance director, while it seeks a permanent replacement.