The legacy of Mary Seacole

Coming after Brexit, a tribute to the pioneering black nurse should offer inspiration in the ongoing battles against racism, writes Lisa Rodrigues

On difficult days, I sometimes ask myself what Mary Seacole would do.

Mary was a pioneer nurse. Those who try to denigrate her memory are more than mean spirited. They not only question her contribution in the Crimea - for which she was honoured by the British Army, The Times, Queen Victoria and 80,000 members of the public who attended celebrations in her honour. They question whether she was a nurse. They say that she wasn’t really black. And they say that it is okay for her to have a statue to commemorate her, as long as it is small and not in a prominent position.

I will not honour these people by naming them or referencing the media they whipped up last week. Articles in The Independent and The Guardian help set the record straight.

On 30 June, Mary’s beautiful statue, created by renowned sculptor Martin Jennings, will be unveiled outside St Thomas’ Hospital in London. She will face the Houses of Parliament across the river. And she will be the first statue to a named black woman in the whole UK.

This will be written underneath:

“I trust that England will not forget one who nursed the sick, who sought out her wounded to aid and succour them, and who performed the last offices for some of her illustrious dead.”

We need Mary’s statue now more than ever. The referendum campaign has unleashed racism and xenophobia. The poster of people with dark skin queuing for refuge with that hateful slogan underneath said it all. Some hoped such ugly days were over. Many knew this was not so. Fear and hatred for “the other” lie behind words such as “I’m not a racist but…”

I have no personal experience of racism, although I have seen it in action. Sometimes I have done something about it. And sometimes I have not. For this I am ashamed

The NHS is not immune to racism. Or sexism. I have nothing against able and honourable white men. But when the workforce is 70 per cent female and 20 per cent BME, why does the top look so white and so male? This excoriating report by Yvonne Coghill and Roger Kline tells us a lot. About unfairness and disadvantage and about how NHS staff who experience these things can lose hope. It was published earlier this month. But it is in danger of sinking without trace. Unless we do something different now.

I have no personal experience of racism, although I have seen it in action. Sometimes I have done something about it. And sometimes I have not. For this I am ashamed.

I do have experience of anti-Semitism, of being teased for having a “funny” surname, and of sexism. I know about the stigma of mental illness. And I know that, had I stayed where I started, at a London teaching hospital, I would not have become an NHS chief executive. My face would not have fitted.

Trustees of the new charity, the Mary Seacole Trust, will be calling on Mary’s legacy to inspire those at risk of disadvantage in schools, universities and youth groups. And across the NHS. We will be encouraging people to work hard to do their best. To be compassionate and entrepreneurial. To aspire to great things. To speak up for what is right. And never to give up.

Despite not being born in the UK, Mary Seacole never gave up trying to play her part in helping those from a country she loved. She remained proud of her dark skin and her heritage. Her statue depicts her striding defiantly into the wind.

These are difficult times. Let us join Mary Seacole. And let us never give up. 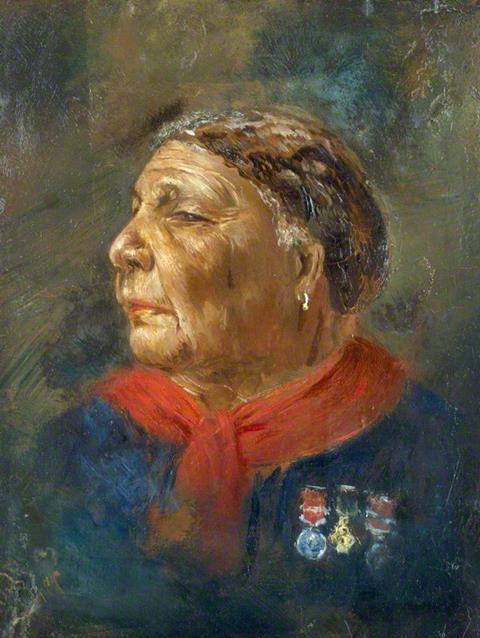