Spending on general practice will increase by 14 per cent in real terms by 2020-21, NHS England has claimed as it launches a five year GP strategy.

The General Practice Forward View said the sector’s proportion of NHS spending “should reach over 10 per cent by 2020-21, and will rise further as clinical commissioning group investment in general practice rises also”. 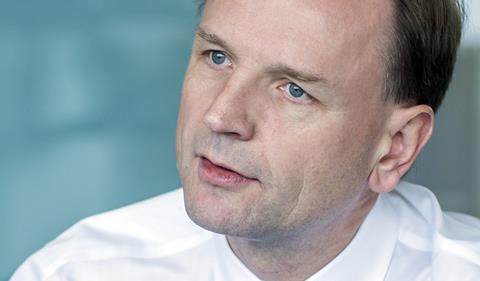 Simon Stevens: ‘We can’t afford a situation where practices are packing up shop’

The total budgets set nationally for primary care in December – including non-GP services like dentistry and ophthalmology – are £7.7bn in 2015-16 and £9.2bn for 2020-21, and the makeup of NHS England’s larger figures is unclear at present.

NHS England chief executive Simon Stevens told HSJ the difference was accounted for by commitment of some “nationally held funding streams… things like technology investment [and] the sustainability and transformation fund”.

Mr Stevens said some of the funding growth should go to support day to day delivery of general practice, while some should be used to incentivise shifts to new care models, such as through forming federations or super-practices.

“We’ve got a balance to strike here between providing support and relief for the vast bulk of practices which are under the cosh, versus targeting extra funding to incentivise more practice groupings,” he said.

He said some investments, such as funding for more pharmacists to work in practices, would be spread widely. Others would be more directed, he said, such as premises development funds that NHS England will “increasingly target at larger groupings who can demonstrate the kind of scale impact they can have”.

Asked whether the funding plans would mean larger annual increases in core GP income than have been seen in past years, he said: “I’m not setting a percentage figure… but implied in this funding growth is a sense we’ve got to [turn around the reduction in the share of funding going to general practice].”

Mr Stevens said the strategy sought both to stabilise existing general practice and press for reform. “We can’t afford a situation where… in some parts of the country practices [are] packing up shop [which leads to] immediate consequences for patients and for hospitals and other parts of the NHS.

“That is something we’ve got a shared interest in avoiding. But I also do believe that because GPs backs are against the wall, there is now more of a consensus for radical change in the way general practice is provided than there has been certainly in my 28 years in the NHS.”

The General Practice Forward View lists a large range of moves to bolster and develop general practice – some have been announced before, some are expansions of previous schemes, and some are new.

The most significant proposals include:

Professor Nick Harding, a GP at the Modality Partnership superpractice in Birmingham, and chair of Sandwell and West Birmingham CCG, said the document “provides a welcome and much needed investment into primary care”. He said: “It is also heartening to see that primary care is being given the attention it deserves for the potential it can bring for patients when invested in properly. General practice has much to offer in terms of managing care and demands but needs to be equipped to do this. If we are able to deliver these plans, this will provide a much needed boost in confidence to our profession and services”.

HSJ has asked NHS England for clarification of the spending plans.