1
Improving the pathway for people with severe heart valve disease 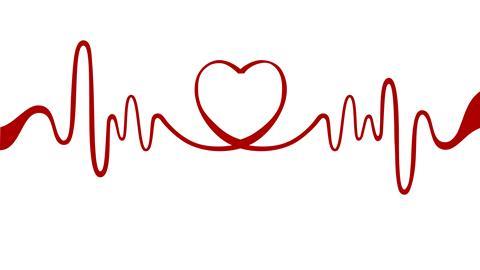 With growing numbers of people experiencing aortic stenosis, it’s argued value and quality of care could be improved by smoothing the current pathway

Ask Philip MacCarthy why senior trust leaders should have aortic stenosis on their radars and he offers a comprehensive and multi-pronged argument. He starts with the numbers.

“Four percent of the over-80s have important aortic stenosis and it has an extremely high mortality: 30 to 40 per cent at one year, four per cent monthly waiting list mortality,” says Professor MacCarthy, consultant cardiologist and lead of the structural interventional service at King’s College Hospital Foundation Trust. “And an untreated patient with aortic stenosis is very expensive: they will spend seven of their last 12 months in hospital with heart failure; they’ll fall over, they’ll break their hip, they’ll need a hip replacement.”

But his other key point? “It’s curable. We can return people to their normal life expectancy trajectory. And if you front load treatment, like so many things in cardiovascular medicine, you save money.”

We can return people to their normal life expectancy trajectory. And if you front load treatment, like so many things in cardiovascular medicine, you save money

One of the major means of treating the condition is transcatheter aortic valve implantation. TAVI, introduced in the UK in 2007, is a minimally invasive way of replacing a diseased aortic valve. Traditionally, open heart surgery was required. But with TAVI, a new valve can be placed via a catheter inserted into an artery via a very small incision. The result is that patients who would previously have been unsuitable for treatment can receive a valve replacement and those who are higher risk for surgery can have a minimally invasive procedure without even needing a general anaesthetic. Compared to surgery, a TAVI requires a shorter length of stay and has a much quicker recovery period.

Demand for the procedure is on an upward curve. Heart valve disorder becomes more common with age, and so demographic change means more people will experience aortic stenosis – the most common form of disorder, and one which in its severe form necessitates aortic valve replacement. TAVI is currently considered an option for anyone for whom surgery is not an option or who is considered high or intermediate risk. And it is likely that more people will be given the option of TAVI over surgery as time goes on.

We’ve got to start thinking about all these people who, when covid isn’t prevalent, are going to the GP and saying six months ago I started passing out

Waiting lists for the procedure have been growing for some time but, with elective surgery severely disrupted in light of the covid-19 pandemic, the situation has become more complicated still. For Wil Woan, chief executive of charity Heart Valve Voice, the worry isn’t just patients whose procedures have been delayed – it’s those who have the symptoms of aortic stenosis but have put off visiting their GP and being reviewed by a specialist during this period.

“We’ve got to start thinking about all these people who, when covid isn’t prevalent, are going to the GP and saying six months ago I started passing out.” Later diagnosis means deteriorating condition and “more complicated, more expensive procedures with worse outcomes”.

It points to the need to consider ways to optimise the pathway for TAVI. This will necessitate collaboration across the health system, from primary care right through to the tertiary centres at which TAVIs are currently carried out.

For Professor MacCarthy, the covid crisis is a “reset” which offers opportunities to change pathways. When it comes to primary care, he argues that the message to GPs must be to consider aortic stenosis in patients presenting with symptoms such as tiredness and breathlessness – and to listen to patients’ hearts.

But he also says it’s crucial referral pathways are smoothed. At present, for example, many patients with suspected aortic stenosis are referred to a cardiac surgeon – most of whom are not involved in TAVI – and have to wait to see that surgeon before the conclusion is then made that they would be more appropriate for TAVI. A referral to the interventional cardiologist follows, with another wait involved. Better identification of those patients for whom surgery is not an option, and then referral straight to the TAVI team, would help here.

Some suggest that increasing the efficiency of the pathway might also necessitate consideration of what happens in the event of complications following a TAVI procedure. And while most complications have become rarer over time, conduction disturbances – problems with the electrical system which makes the heart beat and controls its rate and rhythm – have not.

In some instances, this complication requires the implantation of a permanent pacemaker, leading to greater costs across all aspects of the care of the patient. That includes outside of the centre in which a TAVI procedure was performed. Analysis of hospital episode statistics data suggests that pacing rates vary between centres, and further data suggests that the rate of permanent pacemaker implantation varies between different replacement valves.

What is clear, however, are the potential benefits that smoothing the entire TAVI pathway – including care for any complications post-procedure – could bring. “Aortic stenosis is a curable disease,” emphasises Professor MacCarthy. “We’ve got covid which isn’t currently curable; aortic stenosis is. Pancreatic cancer – horrible disease, high mortality, not really all that curable. Aortic stenosis – similar mortality. But curable.”