Local authorities in London and Yorkshire have said they cannot sign up to their areas’ sustainability and transformation plans due to concerns about hospital reconfiguration and transparency.

Hammersmith and Fulham London borough council has said it is “totally opposed” to the 21 October submission of the north west London STP and “has no confidence in it”. It and Ealing council oppose the assumptions in the plan about the downgrading of Charing Cross Hospital. Hammersmith and Fulham also said financial data for the STP, which is due to be presented to the Treasury, is yet to be finalised. 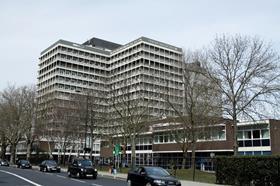 Ealing London borough council said it could not sign up to the plan but it does agree on some aspects of it such as integrating health and social care.

Stephen Cowan, leader of Hammersmith and Fulham council, said: “At the heart of the NWL STP is an acceptance that Charing Cross Hospital will be demolished and replaced with significantly downgraded facilities, with the capital receipts from the sale of much of the hospitals’ land intrinsic to the delivery of the STP. [We are] strongly opposed to this, and therefore the NWL STP.”

A spokesman for Ealing council said: “Ealing council cannot sign up to a plan that will signal the closure of A&Es at Ealing and Charing Cross hospitals and result in them being downgraded to local hospitals.

A spokeswoman for the STP said: “All eight councils [in the STP] agree on the need to develop improved out of hospital services but Ealing council and the London borough of Hammersmith and Fulham did not agree on the changes for hospital services and felt unable to fully endorse the STP. We recognise that we don’t agree on everything, however it is the shared view that this will not stop us working together to improve the health and wellbeing of our residents.”

Meanwhile, the leaders of five councils in west Yorkshire have written a letter to NHS England saying they have not been given proper scrutiny of the West Yorkshire and Harrogate STP. The letter was published by a campaign group on social media.

The STP has been split into regional “local” plans being drawn up across the different local authority and clinical commissioning group areas.

The letter, signed by the leaders of Leeds City, Bradford, Kirklees, Calderdale and Wakefield councils and dated 28 October, said while the local plans had been scrutinised the overall proposals had not.

It added: “We would like to make clear that most councils support the content of the ‘local’ STPs, based as they are on significant political engagement, including with Health and Wellbeing Boards and council leaders.

“We are, however, unable to endorse the content of the West Yorkshire and Harrogate-wide STP as, while the high level outcomes of the plan have been discussed with various officers of our councils, the submission has not yet been to any formal Council forums or endorsed in any of our planning processes.”

Rob Webster, the STP lead and chief executive of South West Yorkshire Partnership Foundation Trust, insisted the plan had been “drafted from the bottom up”. He stressed the plans were not set in stone and will be properly discussed and debated through the council’s mechanisms after the STP has been made public next week.