A troubled ambulance trust is set to remain in special measures after a Care Quality Commission inspection found a new problem with recording 999 calls.

South East Coast Ambulance Service Foundation Trust is rated inadequate overall after the May inspection of its emergency operations centres, which were rated requires improvement, and emergency and urgent care, which was rated inadequate.

Areas of outstanding practice were the mental health street triage service and the hazardous area response team. Staff were also praised for their compassion and the trust was rated good for caring. 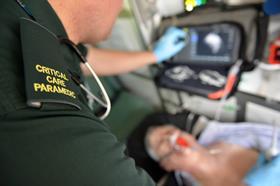 The trust appointed a new chair and chief executive shortly before the May inspection, though many senior posts were still filled by interims. The CQC found improvements in how the board was working including fewer “inter-executive” grievances and more appropriate use of non-executives.

Chief executive Daren Mochrie said: “While I am disappointed that not enough progress has been made for us to improve our overall rating, I am confident that progress is being made and that this will continue. I believe that the pace of improvement has picked up since the CQC visit in May but I am very aware, as is our senior team, that there remains a significant amount of work to be done.

“Our updated improvement plan focuses on the areas where we are determined to make major improvements in the months ahead. We are working with our local commissioners to ensure that we are funded appropriately and have the right resources to meet the demand we are facing.”

CQC chief inspector of hospitals Professor Ted Baker said the progress was not enough to recommend the trust came out of special measures. “I am concerned that the previous leadership had not fully addressed longstanding cultural issues and in particular the historical problems of bullying and harassment. While the problem is now being addressed there is still work to be done here and in the management of medicines,” he said.

“It is clear there have been deep rooted problems and the trust would now benefit from a period of stable management to address these issues,” he added.