Leaders of two acute hospital trusts have agreed to go ahead with plans to merge into one organisation. 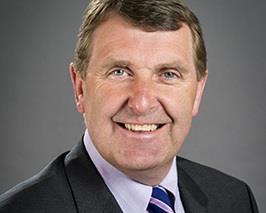 Ken Bremner said a merger would ‘improve quality even further’

The statement follows the draft strategic case for the merger being presented to the boards of both organisations in April and May.

The trusts announced in January they were exploring the possibility of merging into a single provider.

The organisations signed a partnership agreement in April 2016 to set up the South Tyneside and Sunderland Healthcare Group, which is responsible for running all hospital and community services at both trusts, serving 430,000 people.

The trusts have submitted the draft strategic case to NHS Improvement and are expecting the regulator’s feedback at the end of the summer.

Mr Bremner said the strategic alliance has already made many improvements possible but a merger will make it easier for teams to work together across the footprint.

He added: “Through our strategic alliance we have already been able to deliver many quality improvements in patient care, improve the resilience of our services, attract more key staff to our organisations and bring significant investment into both trusts to embrace the use of digital technology. None of this would have been possible without working together.

“We know, however, there is much more we could do to improve quality even further and to make it much easier for our teams to work more effectively together across South Tyneside and Sunderland without unnecessary organisational boundaries and different systems and processes.”

The region ran a consultation last year that proposed shifting hospital based stroke, maternity, gynaecology and paediatric services from South Tyneside to Sunderland.