Two West Midlands trusts have formed a “foundation group” to create twin accountable care organisations despite being separated by an entire county. 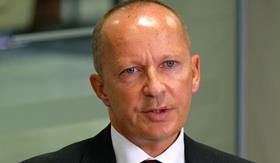 Glen Burley has led both trusts since last November

HSJ first reported the intention of the trusts to form a hospital chain last November.

The South Warwickshire board papers reveal the “chain”, now renamed a foundation group, will be structured around a new joint committee with representatives from both trusts.

The committee will focus on transforming both trusts into ACOs, starting with closer integration with primary and community care providers.

It will also be a vehicle for standardising best practice across the trusts and potentially led to the sharing of non-clinical services.

Unlike similar hospital chain models in other parts of the country, there is explicit desire to keep the trusts as distinctly separate organisations.

In a paper going to the South Warwickshire board meeting on Thursday, chief executive Glen Burley said: “The foundation group model that we are proposing retains the identity of separate organisations and supports each to move to a model of accountable care with local partners.”

The exact mandate, membership and structure of the new group model and committee has yet to be determined.

South Warwickshire has been acting as a “buddy” to Wye Valley since the latter was placed in special measures in 2014.

When Wye Valley emerged from special measures in November, Mr Burley and South Warwickshire chair Russell Hardy were appointed leaders of both organisations in what was described as a hospital chain.

The trusts have since appointed a joint medical director and a separate managing director for Wye Valley.

There are no plans to consolidate clinical services, with the trusts geographically separated by Worcestershire, but some back office consolidation is possible.

However, the bigger focus will be transforming both trusts into ACOs.

South Warwickshire is already moving towards becoming an ACO, running both acute and community services and building strong links with the local GP federation.