A financially struggling acute trust has accused its commissioners of taking a “completely nonsensical” approach to resolving contract disputes over three years.

Southport and Ormskirk Hospitals Trust is locked in a dispute over £9m with Southport and Formby and West Lancashire clinical commissioning groups. The parties have had to commission an independent expert to resolve the argument. 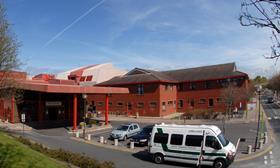 Around £6m of the disputed funds relate to “counting and coding issues” in 2015-16 and 2016-17. The CCGs question the trust’s categorisation of outpatient activity and GP assessments and related invoices.

A further £3m relates to financial penalties in 2017-18, which are being applied because the trust has not signed up to its control total with NHS Improvement.

The small acute provider is on course for a deficit of more than £31m this financial year, which would be one of the largest overspends as a proportion of turnover in England.

In minutes from the trust’s February board meeting, published this month, finance director Steve Shanahan said the commissioners had “turned down an offer to settle the issue with a 50/50 split”. NHS England “had not been pleased with the attitude of the CCGs”, he said.

He added the trust “had tried to agree a block contract for 2017-18 but the CCGs had not been interested.”

The minutes showed non-executive director Jim Birrell said he “hoped NHS England and NHS Improvement could see how completely nonsensical the CCGs’ actions and intentions were in view of… the trust’s significant deficit”.

The trust does not believe the CCGs will have time to reinvest the £3m worth of penalties applied against its emergency department performance, which is recommended by NHS England where reinvestment could help address the problem.

The CCGs did not respond when contacted by HSJ.

Guidance published by NHS England and NHS Improvement said an expert determination process, which is similar to contract arbitration, should be “exceptional” and will be seen as a “failure on the part of the local parties involved”.

NHS leaders and policy experts have been increasingly critical of the tariff system under which providers are paid by commissioners, with many saying it encourages an adversarial approach.

Mr Shanahan said in a statement to HSJ: “Both the trust and the commissioners have a close working relationship. In particular, we continue to make excellent progress together towards transforming care for local people through planning for a sustainable hospital service and improved care pathways.

“These are contractual technicalities – some historical in nature – which we are committed to resolving as quickly as possible.”