An HSJ webinar, run in association with Acumentice, brought together a small panel to consider how the context of a continuing pandemic – and the suspension of elective activity during its first wave – has affected approaches to managing waits. By Claire Read 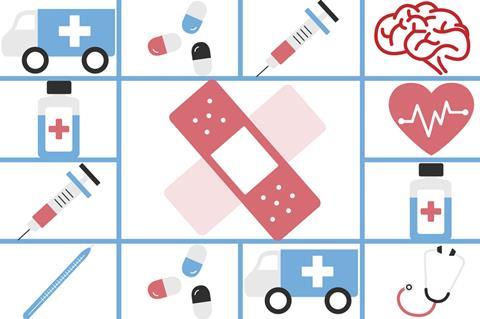 Ask Saffron Cordery about the challenges of delivering effective elective care during the pandemic and she starts the story not in March, when the pandemic began to escalate. No, she thinks back weeks, months, even years.

“If you think about the period before [the first] lockdown and before we knew that the pandemic was a thing, elective wait performance was already heading south in terms of where we were as a sector overall.

“So we’ve been through this continual cycle of really intensive activity for the NHS against a backdrop where demand across the board has gone up – not just for elective care but for emergency care, care in the community, mental healthcare, ambulance services.”

Ms Cordery, deputy chief executive of NHS Providers, was speaking at an HSJ webinar exploring what effective performance on elective waits now looks like. Run in association with Acumentice, the event brought together a small panel to consider how the context of a continuing pandemic – and the suspension of elective activity during its first wave – has affected approaches to managing waits.

Professor Catherine Urch firmly agreed with the contention that the pandemic had simply served to exacerbate pressures that already existed. But she made clear that it had also meant that the solutions previously adopted were no longer fit for purpose.

“Our answer to many of those pressures [had been] to increase efficiency, increase throughput, more people, smaller space, shorter time,” said Professor Urch, divisional director for surgery, cardiovascular and cancer at Imperial College Healthcare Trust.

“If we think where we are now it’s exactly the reverse. We’re allowed fewer people and have to give more space. We’ve had to reinvent the whole system with less density of people, more space, more infection prevention and control, and yet meet the same activity. And so everything we have done for the last 15, 20 years in health has been undone in a matter of weeks.”

“The NHS went into this pandemic challenge with already poor capacity to match the demand, but the other important domain was [poor] data quality on the waiting list”

At Imperial, the response has been to shift focus away from access targets and towards the needs of specific patients. “We started coming up with a concept of: ‘Let’s not worry about a generic target of time, but let’s worry about what harm we’re driving into an individual patient by making them wait.’”

A harm and priority matrix has therefore been developed, drawing on the Royal College of Surgeons’ guidance on surgical prioritisation during the pandemic. “Suddenly that gives us a very different lens to look at the whole clinical picture,” Professor Urch reported.

The vast majority of the approximately 15,000 people on the trust’s waiting list for elective surgery have now been reviewed by a consultant and re-prioritised, deciding how long they can wait based on likely harm.

According to Karina Malhotra, managing director of Acumentice, conducting that scale of review is only possible if there is strong data in place. Acumentice has worked with Imperial on this issue, and she argued that it is only through gaining a reliable understanding of where things stand that trusts can really get to grips with elective performance in the current context.

“The NHS went into this pandemic challenge with already poor capacity to match the demand, but the other important domain was [poor] data quality on the waiting list. If thousands of patients are perhaps inaccurately sat on your waiting list [due to data issues] – they’re not actually waiting for something – addressing that is quite crucial in managing waiting times.”

And clearly managing waits is not a challenge that is going anywhere. “Winter’s going to be challenging for all sorts of reasons,” argued Ms Cordery. “Obviously we’ve got Brexit looming. We are already at winter levels of demand [in November]. The North West Ambulance Service recently declared a major incident – we’ve never seen that in early November before. That’s the demand now on the system.”