The Department of Health has spent nearly £2m on the stalled sale of a majority stake NHS Professionals, the health service’s in-house temporary staffing agency.

The DH has spent £1.9m since February 2015 on lawyers and consultancy firms while it investigates selling a majority share in the company. 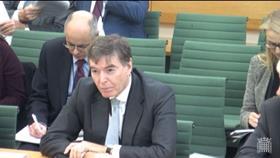 NHS Professionals, which is wholly owned by the DH, was set up in 2010 and works with 55 NHS providers to supply temporary staff. Previously it was part of the department.

The DH has not confirmed whether it has issued a tender to invite bidders to take a majority share in the company, as Mr Dunne said was planned.

Mr Dunne noted the continuing effort in the NHS to reduce spending on agency staff, which reached £3.7bn in 2015-16, and said further investment in NHS Professionals would help achieve this.

In a written statement to Parliament he said: “Contractual mechanisms will be used to ensure that the dual aims of creating a profitable business model while meeting the needs of NHS customers – delivering savings and a high quality service – are correctly aligned and fully agreed upon.

“The DH’s retention of a minority shareholding will also ensure there are no significant changes to the agreed purpose and/or objectives of the company. This is backed up by the right to take back ownership of the company in the event of any serious breach of the agreed main objectives.”

The most recent annual accounts for NHS Professionals show a profit before tax of £6.4m in 2015-16, down from £10.2m in 2014-15, and revenue was £347m. The report accompanying the accounts said: “Demand for temporary and flexible staffing continues to result from unfilled vacancies across the NHS. Restructuring frontline services has led to increased establishment and greater dependence on temporary staff to fill gaps during recruitment.

“This has in turn led to a price escalation in the agency market.”

HSJ understands a large accountancy firm is interested in bidding for the company.