The Health and Safety Executive is investigating the death of a patient who absconded from a mental health unit and was then killed by an apparent stranger.

Janet Müller had been sectioned when she left Mill View Hospital in Hove on 12 March 2015. The following day she was unlawfully killed by Christopher Jeffrey-Shaw. Her body was left in a car that was then set alight near Horsham. 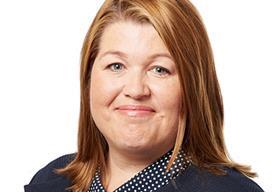 On Wednesday, Sussex Partnership Foundation Trust issued a public apology to Ms Müller’s family as part of an agreement at the end of civil proceedings against the trust, which is also understood to have reached a financial settlement with the family.

However, yesterday the HSE confirmed it was looking into the case. In a statement it said: “HSE’s investigation into this incident is ongoing. We are unable to comment further at this time.”

In the apology, chief executive Sam Allen admitted the trust “did not recognise the extent of [Ms Müller’s] desire to leave hospital, manage the risk of this happening or keep her clinical records up to date”.

Ms Müller, 21, had already absconded once on the day when she left Mill View but the trust did not keep her under close observation, did not evaluate the risk that it would happen again and did not keep her within eyesight of a member of staff at all times, Ms Allen said.

She added: “Words of apology from me cannot bring Janet back. The awful events that happened after she absconded from our care will forever be borne by her family. I want to give my personal assurance that we have worked hard to address the shortcomings identified following Janet’s tragic, untimely death. Providing the best possible care is a continuous process of improvement. This is something we treat with the utmost seriousness.”

Mr Jeffrey-Shaw was found guilty of the manslaughter of Ms Müller, a German national who studied at Brighton University. He was sentenced to 17 years in prison in 2016. Police could find no evidence of the two having met and said they could not understand what happened between Ms Müller last being seen alive and the discovery of her body.

Ms Müller’s death was a short time before the Care Quality Commission took over responsibility for patient and service user safety at providers registered with it. HSE had enforcement responsibility until 1 April 2015.