Addressing the emotional impact of stroke

While treatment for the physical impact of strokes has improved, stroke survivors are being left psychologically and emotionally vulnerable, writes Reg Morris 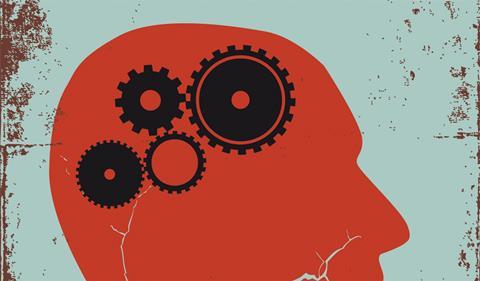 Significant improvements in acute stroke care over recent years mean more people are surviving the immediate attack and returning home. More than 1m people in Britain are living with the ongoing effects of the condition.

The physical impact is usually obvious to health and social care services. However, these symptoms often overshadow the invisible but equally devastating emotional and psychological effects.

A Stroke Association survey of 2,700 stroke survivors and carers this month revealed that many feel their emotional and psychological needs go unrecognised and unmet. Many said they felt “abandoned” after leaving hospital.

In a survey that formed part of an National Audit Office report in 2010, psychological support was rated the least satisfactory aspect of community care, with more than half of stroke survivors and their carers rating it as poor or very poor.

Previous studies have shown that emotional problems have a significant impact on the recovery and quality of life of stroke survivors. People whose emotional and psychological needs are not met are more likely to be admitted into residential care. There is also some evidence of a shorter life expectancy.

The psychological problems experienced by carers themselves is another significant issue, with research suggesting that it can affect the quality of care they provide and impede the recovery of stroke survivors. It is clear from the Stroke Association’s survey that while physical rehabilitation services in the community are improving, many patients remain psychologically and emotionally vulnerable after discharge.

Stroke-triggered emotional problems for most survivors in the survey, with nearly 60 per cent feeling depressed and 67 per cent experiencing anxiety. The hidden effects of the condition can be overwhelming and feelings of loneliness, loss of confidence and personal identity are common among many.

Most survivors, 63 per cent, reported that their psychological needs were not met by services, and 34 per cent had no one to talk to.

Carers felt tired, anxious and sleep deprived, with 57 per cent reporting feelings of depression. More than half of carers and survivors also experienced difficulties in their personal relationships, especially with their partners.

The survey also reinforced a growing perception that stroke services are still not attuned to the needs and expectations of younger survivors or their carers. This persists despite the Royal College of Physicians’ guidelines published last year encouraging services to respond to the specific needs of younger survivors.

One survivor quoted in the report said: “Stroke services and support need to be improved for younger survivors. The whole NHS infrastructure and community care is only equipped to look after older survivors.”

The critical role of psychological and emotional support in aiding recovery and preventing burnout among carers has been ignored for too long.

This failure is disappointing given that the 2007 national stroke strategy for England and the RCP both recognised the importance of a psychological pathway of rehabilitation.

Survivors should have a psychological assessment within a month of their stroke, followed by regular reviews. The outcomes of that assessment should shape access to a wide range of mental health services − from peer support or local counselling services through to psychiatric care.

A key element of all stroke service pathways must be the integration of the individual’s care across organisations. Such integration can ensure that stroke survivors and their families receive information that is appropriate to their level of understanding, relevant to their needs and available when they can assimilate it properly.

This is vital, not only to enable survivors and carers to locate and access support services, but also to reduce uncertainty and worry and to allow them to participate fully in making decisions about their care and future.

Inadequate psychological care in the community may reflect the realities of specialist skill shortages. According to the RCP’s 2010 report, most stroke services have inadequate or no specialist psychological expertise within their teams. This is an issue that commissioners, providers and Health Education England (and its equivalents in Scotland, Wales and Northern Ireland) must address.

In 2011, the Care Quality Commission found that less than a third of the former primary care trusts in England provided psychological therapy for stroke survivors and carers. Fewer than 40 per cent of the PCTs offered neuropsychology for cognitive difficulties and psychological therapy to those who needed it.

Similarly, stroke services should reach out to specialist mental health services: the CQC also found that there were no links between the two in around two-thirds of England.

More than half of former PCTs failed to provide information and signposting of services after discharge.

There is evidence to suggest that inadequate community psychological support increases the pressure on health and social care budgets. In 2012, NHS Improvement published an economic model that suggested untreated psychological problems cost services an additional £108,000 over two years for a typical catchment of 250,000. It went on to study the possible cost-benefit of an investment of around £69,000 in psychological care for stroke survivors in a similar catchment.

It assumed a “stepped approach” provided by a service led by a clinical psychologist with clinical psychology assistant support and an appropriately trained multidisciplinary team. This investment could deliver a net saving of around £39,000 to the NHS and adult social care over two years. This equates to a saving of around £10m over two years for the NHS and social care across the UK while improving services.

A clear case for action

The NHS Improvement model, based on earlier studies and clinical discussion, assumed that properly organised and funded community services could cut costs by reducing the use of antidepressants and other medicines and the number of GP consultations, hospital admissions and admissions to care homes.

The model also suggested that the £69,000 investment could realise a benefit for survivors in quality adjusted life years worth nearly £60m.

The devolved UK governments have all produced stroke strategies that acknowledge the importance of psychological care for survivors and their carers. As the English experience with its 2007 strategy showed, however, words alone are not enough to ensure that a paper priority becomes action on the ground.

The National Institute for Health and Clinical Excellence and the RCP have also produced guidelines for the treatment of a wide range of psychological conditions associated with stroke, including anxiety, depression and cognitive impairments, as well as highlighting the effects of fatigue, self-esteem and sexual problems. The NHS stroke improvement programme website describes examples of projects that have implemented improved psychological care in the community, with case studies showing how people’s lives have improved.

Commissioners should be building these guidelines and the spirit of the national strategies into their service specifications and contracting arrangements.

The challenge is to increase the profile of psychological needs and to ensure they are not sidelined by services that traditionally focus largely on physical health. At the same time, we need to move beyond simply “mending” ailing minds and engage with survivors and carers to enhance their positive psychological wellbeing.