Break the cycle of unemployment and mental health

Despite the proven benefits of being in employment, unemployment remains ‘the norm’ among people with mental health problems. Andrew Molodynski and colleagues look at what can be done to assist this persistently disadvantaged group

Employment rates among users of mental health services remain very low despite many wishing to work and the development of services to assist them. This is known to result from complex health, economic and social factors.

Specialist employment services are widespread in the UK and have good evidence for their effectiveness, with rates of finding or returning to competitive employment of up to 61 per cent compared with 23 per cent of controls.

It seems reasonable to assume that increased awareness among professionals and more targeted intervention should lead to more efficient use of such resources than the current system, which often relies on the clinician’s “gut feeling”. While such instincts may well be correct, they may lead to inconsistency.

‘There remains stigma against employing those with mental health problems, based on false preconceptions about reliability and risk’

In health services generally, and mental health services in particular, over the recent years there has been a significant shift towards the use of standardised outcome measures and payment by results. Increased use of validated measures of social and occupational functioning should lead to improved identification of those who could benefit from support and intervention.

The Mini-ICF-APP is a validated measure of occupational functioning and we used it in our community mental health team in Oxfordshire for all new patient assessments for a three month period to assess its usefulness and tolerability. A brief, clinically orientated training package and manual were also developed and piloted.

The global financial crisis in 2008 and subsequent recession in the UK led to a significant rise in unemployment. This rise has been particularly marked in those with mental health problems, with increases in both the overall rate and “the gap” between this group and the general population.

Unemployment of people with mental health problems and of the general population was 12.7 per cent and 7.1 per cent respectively in 2006, and 18.2 per cent and 9.8 per cent in 2010. This unemployment rate is higher than in other chronic diseases and the World Health Organization consistently predicts that depression will be the largest cause of disease burden by 2030.

It has been proven that employment is generally beneficial to individuals. It can provide structure, social integration and a sense of personal achievement to those who may have lost these. Surveys have shown that an overwhelming majority of people who use psychiatric services want to be in employment, having the highest percentage of those wanting to work out of all benefit claimants.

There is a need to more accurately target interventions aimed at helping people with mental health problems return to work.

Many who have suffered mental health problems find their own anxieties about employment after a prolonged gap, the effects on financial support in a cumbersome state benefits system and lack of knowledge of support are barriers. But these issues can be overcome by correctly targeted services. 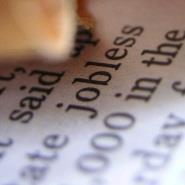 Individual placement and support is an intensive (and therefore expensive) approach that needs to be used appropriately. It has an excellent evidence base and emphasises a personalised approach with rapid return to open employment. In services that adhere to the original model, trained employment advisers have direct regular contact with service users to facilitate return to paid employment and the intervention is time unlimited.

There has been recent interest in a “light” form of placement and support, with individuals receiving support for a maximum of nine months. This has shown encouraging results and may allow more people to access services.

A pilot study was conducted to assess the practicality and usefulness of the Mini-ICF-APP. We also aimed to assess the ease with which staff could be trained to use the instrument and developed a brief clinically focused training package.

All new assessments conducted included the measure of functioning and both patient and staff views were collated. A total of 30 patients new to the service were assessed using the instrument. Using the extra questionnaire increased assessment time by a maximum of 10 minutes and was reported to contain many details that a good quality assessment should already cover.

Service users were overwhelmingly positive about the use of the test. Following assessment a relatively small proportion were referred to specialist support input (as most people do not require it) and others were offered specific tailored support in the community mental health teams or through the local Job Centre Plus. It was demonstrated that it is not only acceptable to staff and service users, but also usable in a practical sense.

A two hour training session with the provision of a manual was delivered and appeared to be sufficient. This length of training is in line with that for other outcome measures commonly used in health settings. The routine use of this straightforward and easy to use measure that is acceptable to service users could allow more accurate identification of those who may benefit from increased employment support and help target that support to their individual needs. In turn, this may improve outcomes for service users and for services with accurately targeted evidence based interventions for those who need it most.

In time widespread use might lead to the ability to use this measure as part of the assessment process for receipt of certain entitlements such as incapacity based welfare benefits and to better inform such fundamental decisions.

Alexandra had been under the care of mental health services for many years since her first psychotic breakdown and had experienced a number of long hospital admissions. Her most recent admission had been very prolonged and traumatic and after this she moved away from her home area. Due to her illness she eventually lost her job as a shop worker and become estranged from her family.

As part of her recovery plan close attention was paid to opportunities for meaningful structured activity and employment. Alexandra was assessed using the Mini-ICF-APP to help to more clearly define her strengths and difficulties and it showed that her interpersonal skills and communication were at a high level but that her stamina and confidence were understandably low. A specialist employment worker worked individually with her alongside the community mental health team to assist with these issues and consideration was given to alterations in medication to reduce Alexandra’s tiredness. Cognitive behavioural therapy type work was used to help increase confidence and motivation.

With these interventions and lot of hard work Alexandra successfully trained as beautician in night classes over a period of about a year and ultimately managed to find part-time work in this field that she continues to enjoy. There have been no further episodes of illness for more than five years and she reports a substantially improved quality of life. She is also re-engaging with her children. 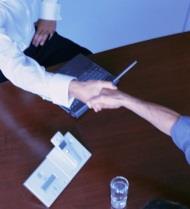 Unemployment remains ‘the norm’ among people with mental health conditions

Unemployment remains “the norm” among people with mental health problems, with very low rates of participation in the workplace. Rates of employment are particularly low in those under the care of community mental health services and the gap between them and the overall population has widened during the recent recession.

‘It is time for clinicians to deliver improved assessment, intervention and outcomes to this persistently disadvantaged group’

Specialised services are widely available nationally and are proven to be effective. More accurate identification of those in need of support and more accurate assessment of their individual strengths and weaknesses with an instrument such as the Mini-ICF-APP should allow for more targeted referral and intervention. This should help to improve outcomes.

As the economy finally recovers and unemployment falls, and with the chancellor telling us that ongoing unemployment is “not a price worth paying”, it is time for politicians to emphasise the importance of employment and commissioners to commission evidence based interventions. Perhaps most importantly, it is time for clinicians to deliver improved assessment, intervention and outcomes to this persistently disadvantaged group.