As commissioners take more responsibility and with an impending healthcare financial crisis up ahead, Anoop Maini asks, with so little success to copy, what will commissioners and providers do to deliver change? 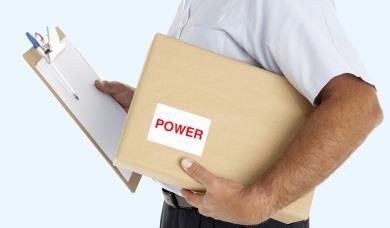 The last 10 years have seen an attempt to bring services closer to home, make them higher in quality yet more efficient, integrate them, make them safer and deliver better reported experiences. Still, in the wake of the Francis report and with a financial squeeze getting tighter, it might seem that we’ve lost ground rather than made progress.

Why have things not worked in the past? And what might be done to make it work this time? The following three themes will help us in answering these questions:

A single objective runs through all of themes, which is the basic goal of every commissioner or provider: how do we create higher value healthcare that delivers better patient outcomes for every pound spend?

There are many proponents of care integration, but what exactly is it? Integrated care is simply about people working together in a co-ordinated fashion to solve a problem for the patient. Consequently, some people are starting to call it “co-ordinated care”. I’m going to refer to some examples I have seen of true co-ordinated care that has succeeded in delivering better outcomes:

In both the examples, there was an emphasis on preventing a condition getting worse.

If examples such as these have worked, then why do we still have a problem in the NHS? In both cases and many others, the barriers to establishing, evaluating and making the service larger were immense. Many services such as these end up as pilots, and then come to a stop. Others start off well but the incentive differences between primary, community, social or acute teams are too different to allow ongoing teamwork beyond a short period. Often IT systems prevent data sharing. And often, because the people doing the work are professionals with a “day job” they simply lack the time or expertise to set up something new from scratch.

Quite often leaders want new things to happen − but it creates competing demands. Professor Clayton Christensen of Harvard Business School found that this is true of most large organisations. They can either set themselves up to manage existing services in financial balance or they can try new service models. We know that efficiency happens best when people know what they are doing and just carry it out in an organised fashion. That’s how efficient factories work – lots of people doing what they know.

The problem is that new services require investment and “rule breaking” − they’re risky. All of these issues mean that while doing something new might be the right thing, it can also be the most difficult thing. Sadly many people who try to do coordinated care end up emotionally scarred. Trying to break the mould is often not appreciated. Other times even when it has the support of leaders there is just too much to do for a small team.

I came across an integrated diabetes service led by a diabetologist and nurse. They realised that many people who had complications from poorly controlled diabetes went blind or had their feet amputated; and it could mostly be prevented. Patients were identified early and a small team of people; a diabetes nurse, podiatrist, a dietician helped them as a team. The intervention worked; it prevented impairment to vision and amputations. The team were often working every hour of the day and going far beyond the call of duty to improve patient care.

Despite raising money for the trial they simply could not satisfy the data needs of the commissioners. Rather than being celebrated for their effort, people within the commissioning organisation and even the strategic health authority seemed set out to rubbish them. I can’t imagine too many people who would want to spend two years of their lives on a quest that would be punished, not rewarded. So this has a cultural effect on the NHS, where it pays to stay quiet, tick boxes and apply for promotion.

Troops on the ground

So what we’re seeing is that while coordinated care or integrated care may be essential to progress, it is actually very difficult to make it happen on the ground. And this might explain why it remains largely talk rather than action. It sounds like a simple idea – but perhaps the way to deal with this is to make co-ordination or integration easier on the ground.

It should be made easier for a team of professionals to come together and set up a service to solve a problem for a patient group.

There are solutions to this problem in development, one of which is called the Community Health Enterprise Centre (CHEC).

A centre is a vehicle, set up jointly by NHS and local authority commissioners. It is given a contract by commissioners to deliver certain priority outcomes for patients, where money is only paid by results. For example, commissioners might calculate that they save £500 for every person whose diabetes becomes controlled. Then they may offer to pay the CHEC £500 per patient whose diabetes improves for a certain time period. The CHEC raises external funds, which it then invests in teams of people to test potential or already proven solutions.

If the solutions work, then commissioners pay for the outcomes achieved. On this basis the centre can support and scale the new provider team to deliver for more patients and more outcomes. The CHEC would help to overcome blockers, improve the care model and ensure IT/technology supports the care team and patients. Once the provider is large enough, the CHEC would then move it out, so it could be owned/managed by other NHS providers. Essentially, the CHEC would be continually creating and scaling coordinated care models to improve patient outcomes. It would allow staff, from any sector, to work as a team to solve problems for patients and it would reward, not punish, those who take risk to deliver results.

We’re looking to set up centres in several localities and believe this could help to overcome the barriers that have prevented care integration in the past. Some of the key principles behind the CHEC are:

Anoop Maini is a director of Indigo Health, a strategic solutions provider and non-executive director of the Shaftesbury Partnership, which runs social enterprises, anoop.maini@gmail.com