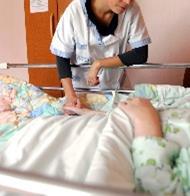 A King’s Fund report published earlier this year found significant variation in bed use among over-65s who are admitted to hospital as an emergency. Hospitals with the highest bed use tend to have excessive length of stay for patients when hospital is a transition between home and supported living.

In addition, it discovered that in parts of England where there are well developed, integrated services for older people there are lower rates of bed use. The report also found trusts with low bed use deliver a good patient experience, as well as lower readmission rates.

The King’s Fund’s conclusion that well integrated services are an important factor in reducing length of stay should come as no surprise. The challenge facing trusts is that the cohort of patients who suffer delayed discharge, as the report highlights, are those over 65.

They often have chronic illness and the presence of comorbidities. Clinical need can become overwhelming for doctors and nursing staff, which means discharge planning is not carried out.

Steps in the discharge process are not followed through and as a result patients end up languishing in hospital beds. This increases the likelihood of further complications arising, such as hospital acquired infection.

Sometimes a delay will occur because of a lack of common sense, as the experience of one trust consultant revealed. Having signed off a patient as being clinically fit for discharge, the consultant was called back to the patient’s bedside the following day.

The patient was eager to get home but the ward nurse explained that an occupational therapist had refused discharge on the basis that there was no heating in the patient’s home − even though it was the summer.

Ward managers in hospitals up and down the country encounter delays daily for many reasons, but perhaps the most significant are delays in paperwork that is routinely passed between trusts and social services.

One trust initially claimed 90 per cent of delayed discharges were down to social services, saying it was linked to how promptly various notices (either section two or section five) were acted on. So it is little wonder the finger of blame is often pointed in their direction.

However, trusts should be aware of pointing the finger of blame before taking a close look at their own processes and the way discharges are tracked.

‘Compiling the data in a meaningful way is often missed, which means trusts do not have the knowledge to improve’

Take the trust that initially identified social services as the cause of 90 per cent of its delays. Following a careful analysis, it was discovered that the trust was playing a much larger part in delayed discharge. In fact, 95 per cent of the delays were down to internal processes and only 5 per cent could be linked to social services.

The signs that pressure is building in the system can be found in two key measures: breach rates for the expected discharge date and surgical cancellation rates. While trusts do monitor these, compiling the data in a meaningful way is often missed, which means ultimately they do not have the knowledge or tools to drive improvement.

By tracking internal processes, using electronic documentation, it is possible to find where the cause of the delay might lie. For example, the completion of a high risk discharge assessment within the first 24 hours of admission is a process that is often not tracked.

This risk assessment should trigger other actions early on in the patient journey to ensure when the patient is clinically fit they will be discharged on the expected date. Yet again, there are trusts that do not routinely track these other actions.

Once a patient’s discharge has been delayed the trust has another opportunity to find out where potential problems may be. This is because reasons for the delay are recorded as one of a number of categories, including further diagnostics, family related issues or system-related delays. System-related delays covers internal factors and delays arising from external factors.

By collecting this data it can be presented in charts and as a time series analysis. With this level of detail in their hands the executive team can start to make changes to internal processes. It also means the trust has a starting point for discussion with external agencies.

‘The potential for errors with fax are obvious. One trust sent a fax to a local butchers instead of social services’

Establishing electronic processes between trusts and social services helps each organisation understand where in the discharge process they are. It creates visibility in the system and there are social services departments that have actively embraced this approach.

Without electronic communication, it is easy to end up in a situation where documents are being faxed between organisations. The potential for errors are obvious, as the case of a trust that sent a fax to a local butchers shop instead of social services neatly highlights.

One way to help reduce this pressure, in turn reducing the average length of stay, is through daily multidisciplinary rounds (board rounds) that can be carried out in 15 minutes using an electronic whiteboard. This supports the management and tracking of key points in the patient journey. It also alerts ward managers to patients who are not on the planned path for discharge and prompts them to take timely action to ensure that significant delay does not occur.

Trusts have found that by aligning processes to technology it helps them identify areas for improvement that were previously thought to be working well. By coupling solid processes and technology in this way they are more likely to see improved patient flow with fewer delayed discharges.