Fighting flu epidemics: the answer's in the numbers

Analysis of flu data has revealed the most effective ways to prevent and deal with epidemics. Ariel Beresniak reports on the initial findings of a €1.2m prevention project 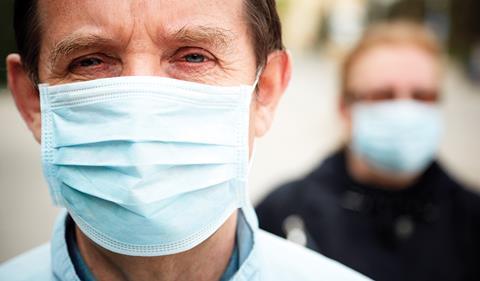 It can be hard to know when a flu epidemic will hit and with what severity. Plans must therefore be developed to ensure that everyone is prepared for any scenario.

How these plans are developed will affect how healthcare professionals must respond in different scenarios and how effective they will be.

‘Flu preparedness plans must be based on the best information available’

Healthcare professionals presumably want to know that their skills are being used most effectively, that the limited NHS budget is being used well, and that they will have access to the medicines and information resources they and their patients need.

It is therefore important that the flu preparedness plans are based on the best information available.

The fact that a well understood disease causes between 3 million and 5 million cases of severe illness annually and 250,000-500,000 deaths worldwide shows we still have some way to go in our response to it.

Preparedness is the key to effective response, but putting plans in place for multiple scenarios can be challenging.

Limiting contagion and providing treatment for those infected is a fine balance. If the response is inadequate doctors may be unable to give people the treatment they need.

Governments understandably want to play safe, but this is a problem too. Budgets are limited so money spent unwisely is not being spent to save lives elsewhere.

Despite the best efforts, poor decisions are still made. Countries have stockpiled antivirals for mild outbreaks leaving hospitals and surgeries with huge, unusable supplies. Vaccination centres have been set up without proper communications, leaving healthcare professionals standing idle in the middle of an epidemic.

Our best bet for making successful and cost effective decisions is to look at past responses, analyse why they were effective or not, and build future plans based on those.

Examining past examples and making a human judgement, as is largely the case now, gives us some insight. But a far better approach is to analyse a wide range of past approaches and use them to predict the approaches that will work and what they will cost.

Similar predictive approaches have been successful in areas as diverse as preparing for earthquakes and helping police anticipate crime. We should embrace this approach in healthcare.

The wealth of data generated in recent years allows us to do this. However, the data is collected in different ways and uses different measures.

This opportunity and challenge was recognised by the European Commission, which launched the €1.2m FLURESP project. The project presented preliminary results at a conference in Luxembourg in March and will provide further results at a dedicated symposium at the annual conference of the European Scientific Working Group on Influenza in September.

The project brought together experts in public health, influenza, health economics and computer sciences from 10 European countries. They analysed large datasets on past responses and revaluated data from France, Italy, Poland and Romania using the same cost effectiveness measure. This allowed comparison of responses to different levels of outbreak severity.

The project looked at six levels of outbreak severity, from seasonal flu to a severe pandemic.

It assessed how effectively each response reduced mortality and morbidity. 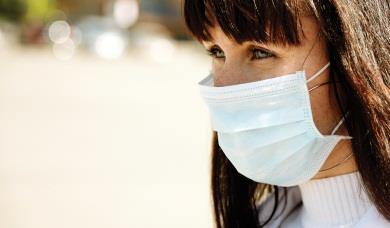 The key to the project was to reassess the existing data using a meaningful and comparable measure. Each scenario was then given a “cost per success” ratio. This provides a robust way to compare scenarios in different situations and allows the development of reliable models.

This huge piece of research left a clear picture of what consistently worked, as well as a methodology for analysing new or different approaches. The results could inform better planning throughout the NHS, and add certainty and reliability to plans for what healthcare professionals should do when flu hits.

The most important outcome of this approach will be more efficient use of healthcare resources.

One of the main findings was that mass vaccination of the entire population was more cost effective than vaccination campaigns that target “at risk” subgroups – an approach favoured until now by many international organisations and countries for economic reasons.

One of the reasons for this is that the cost of vaccine doses is low in comparison with that of many awareness programme targeting certain groups.

The production of consistent volumes of vaccines would also maintain the ability of vaccine manufacturers to respond adequately to severe pandemics when they occur.

The research also found that during a pandemic healthcare professionals should use existing vaccination centres. The cost and communication challenges of setting up additional ad hoc centres made doing so a poor use of money, as observed during the 2009 pandemic in France.

Rather than having underused nurses at ad hoc centres, they should focus on existing centres.

Cure is better than prevention

Another finding suggests that providing curative antivirals to those with flu appears to be more cost effective than distribution of prophylactics to prevent flu during a pandemic. Stockpiling prophylactics for everyone is expensive and wasteful because the number of people who will actually get flu is much lower than the total population.

Once the epidemic has begun, it makes more sense to treat only those infected. This can be hard to appreciate from personal experience, but can be seen clearly from the data.

In dealing with cases where there is a significant risk of mortality, development of more intensive care units with extracorporeal membrane oxygenation capability appears to be a cost effective measure.

Extracorporeal membrane oxygenation is a technique for lung and heart dysfunction, which significantly improves the survival rate in influenza pneumonia severe cases. Although expensive, it is the most cost effective public health intervention to reduce influenza mortality.

‘Measures such as airport screenings are fairly ineffective, and sanitation campaigns are only effective in combination with other measures’

Finally, measures such as airport screenings are fairly ineffective and sanitation campaigns are only effective in combination with other measures. Knowing this, healthcare professionals can better focus their resources and planners can ensure money is used in the best places.

The outcomes of the FLURESP project, if adopted, will allow evidence based preparedness plans to be developed, based on what has shown to be cost effective.

For example, during the French pandemic, ad hoc vaccination centres were set up at great cost. But the challenges of communicating about these centres meant they were underused.

Many governments stockpiled huge amounts of Tamiflu, most of which was never needed.

In these cases money could have been spent on more effective measures, such as increasing hospital capacity or investing in curative antivirals to treat rather than prevent flu.

As outlined above, there are findings from the project that appear to be universally true. We have written to European governments to recommend they adopt these immediately.

However, the longer term value is that a methodology now exists for governments and national health services to evaluate their own data and understand what is consistently cost effective, and make plans based on that analysis.

Plans will vary between countries, depending on variables such as infrastructure and awareness, and this will change over time as technology and demography changes.

There is no “one size fits all” approach. What we advocate is a regularly updated flu preparedness plan based on a rigorous analysis of what works and what does not.

Countries that have good data collection, such as the UK, can start this approach immediately. Countries with poor information should improve their data collection so they can fully benefit from this research.

This will add certainty and reliability to healthcare management. Healthcare professionals will not be blindsided by having to buy in prophylactics and antivirals at a moment’s notice.

‘The result will be more money will be allocated to the right places, better use of healthcare professionals’ time, and lower morbidity and mortality’

They will not find themselves at the receiving end of a poorly planned policy. For example, sitting in a vaccination centre that no one knows about. They will have the appropriate resources to deal with the level of flu outbreak.

In addition medical manufacturers will have reliable plans to increase production when an epidemic hits to meet demand from healthcare professionals. Everyone will have a clear plan of what to do in each epidemic situation.

This is a first step towards a better approach. Healthcare management changes – and we are not proposing a single plan for everyone – but a system that allows better planning.

Those working in healthcare should welcome this approach. This means advocating its use at all levels and supporting it by collecting data that can be used to improve and modify plans at national and local levels. The result will be more money allocated to the right places, better use of healthcare professionals’ time, and lower morbidity and mortality.

Dr Ariel Beresniak is a doctor specialising in public health and health economics, and chief executive of DataMining International. He is a consultant to the World Health Organization and the European Commission