From hospital to the streets – an opportunity to break the cycle

Homeless people are stuck in a damaging cycle of poor health and hospital admission. The Homeless Hospital Discharge Fund aims to improve the care they receive, writes Helen Mathie 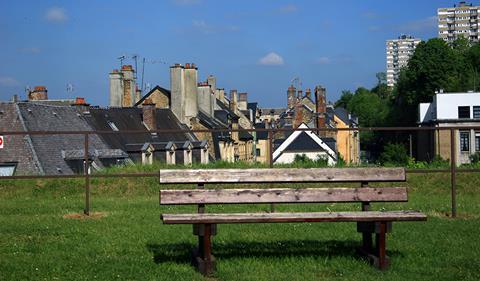 It is an astonishing statistic to consider but it is estimated that homeless people attend accident and emergency six times more often than people with a home; are admitted to hospital four times more often; and stay in hospital three times as long. Our research paints a troubling picture of society’s most vulnerable individuals stuck in a damaging cycle of homelessness, poor health and hospital admission.

‘Homeless people’s poor health has been shown to cost the NHS about £85.6m per year’

The Department of Health recently launched the Homeless Hospital Discharge Fund, a £10m pot to improve the care that homeless patients receive at all stages of the treatment process. Through the fund, charities working with homeless people will be able to apply for grants to work with the NHS to ensure housing and health needs are considered at the point of admission, during treatment and after discharge. This is great news and a real opportunity to tackle a long existing problem.

The issue of admission, treatment and aftercare for homeless patients has significant costs, both human and economic.

Homeless Link’s joint research with emergency homeless services provider St Mungo’s showed that the majority of homeless people have a range of complex health issues, including mental and physical problems and drug and alcohol dependencies. As well as being heavy users of acute NHS services, many of those seeking treatment for these problems are discharged without suitable accommodation and follow-up medical care put in place, forcing them into environments that risk further damaging their health and readmission further down the line.

Homeless people’s poor health has been shown to cost the NHS about £85.6m per year. This perpetual cycle of poor health and readmission is damaging to the individual and puts pressure on an already stretched health service.

This is not a new problem. In its 2003 guidance, Discharge from hospital: pathway, process and practice, the DH asserted that all acute hospitals should have formal admission and discharge policies to ensure that homeless people are identified on admission and that their pending discharge be notified to the relevant primary healthcare and homelessness services.

Our research, based on interviews and reports from homeless people, as well as council, NHS and charity professionals, found that when effective protocols were in place it can make a real difference.

There are some great examples of best practice that provide a number of realistic and scalable tips for how improvements could be made using grants from the Homeless Hospital Discharge Fund. These include:

Ensuring that homeless patients receive a complete chain of care − upon admission, during treatment and after discharge − will help reduce their chances of readmission, improve their long term wellbeing and ease the financial strain on the NHS. This is only possible, however, if charities, local authorities and the NHS work in unison to provide a complete chain of care.

This is a challenge, but NHS services are already demonstrating what can be achieved through closer joint working and more effective protocols for the care of homeless people.

York: a joined up approach

In York, there is a protocol between the hospital and the Salvation Army. A team from the charity goes in to assess the client and make a referral into a local hostel where possible, or to the area where the client has a local connection.

For patients who the council has a legal duty to house, the team contacts the council and arranges for an appointment, sending information about their situation in advance. Once the patient has been discharged, the team ensures the hostel receives a full report of the individual’s needs, so it can ensure there is an appropriate service − such as the local nurse led team − in place to help with aftercare.

The scheme has a visible presence in the hospital. The social workers come to meet the team as part of the induction, and they also deliver training to hospital ward staff. The Salvation Army feels this has helped create a shared understanding of the need to prioritise discharge and the mutual benefits of this.

As winner of the national Nursing Times Accident and Emergency Nursing Award in 2010, the specialist nurse team at Royal Liverpool Hospital and its local partners have gained recognition for work its homeless patients. A city centre hospital, it has the largest adult A&E department in the country.

A homeless outreach worker is based in the hospital. If a patient presents with a homelessness issue, this is picked up on admission. Staff are trained to ask certain questions that might reveal if the patient is homeless or living in a local housing project. Not all patients are prepared to say that they are have no fixed abode, and this extra training of staff is essential in ensuring that homeless patients are identified as early as possible.

The hospital outreach worker contacts patients and, in association with local charities, works to find housing on discharge. One of the charities, the Whitechapel Centre, has access to ring-fenced beds that can then be called upon. A new treatment room, funded by the NHS, at the other partner The Basement, has improved follow-up healthcare. This ensures that people can access health services in an environment and time they are comfortable with.

The support of senior NHS management has been essential. They have ensured that safe discharge is a priority throughout the hospital and allows consistency. Local services have also reported improved outcomes for their clients, not only for housing but because the protocol ensures appropriate referrals are made to rehab, ongoing health services, and other community based projects, such as the Basement’s peer mentoring programme.

Getting hospital discharge right is an essential part of ending the cycle of poor health and homelessness which affects so many individuals. Although the funding is just for one year, it is vital the projects it supports lead the way and demonstrate the value the investment delivers for patients, communities and taxpayers so that the improvements can be sustained for years to come.