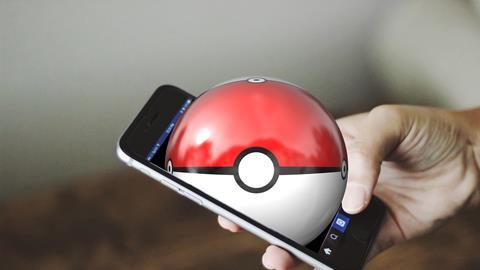 Healthcare can learn from Pokémon GO

Tapping into potential assets, observing effects of augmented reality, and behavioural theory can help the NHS make a difference in the life of patients, writes Dr Mahiben Maruthappu 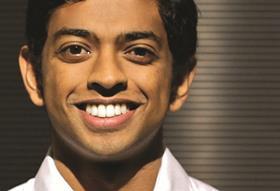 With over 50 million downloads in its first month, more than 20 million returning players, and more daily users than Twitter, blast-from-the-past Pokémon GO has swept smartphone users off their couches, into the streets, hunting for virtual creatures night and day.

While we shouldn’t perhaps encourage patients to visit every A&E in the country and “catch ‘em all”, there is still much to learn

Whether its nostalgia or simple enjoyment, there’s a hook in the game that’s led some to quit jobs and become fulltime Pokémon hunters.

Beneath the veneer of Pikachu fun however, is a complex behaviour-changing machine that healthcare can learn from.

Pokémon GO was designed as a mobile app. It doesn’t have its own hardware. It doesn’t need its own buildings. It hasn’t created a new storyline with new characters.

The game is a success because it sweats assets – users’ smartphones, surrounding buildings and environments, well known characters and inbuilt mapping software. This was not only cheaper for the development team and users, but critically, it was much more convenient. Users can play the game, anywhere, anytime, using a device they already own and are comfortable with.

Is there a lesson here for the health sector? We speak of assets that could be better utilised or deployed, such as NHS estates or even certain arms of the workforce, but seem to ignore our most gamechanging asset: the smartphone.

The majority of the population owns one, yet while they have access to NHS services online, single digit percentages of the population use smartphones to interact with the health service. Hospital-based IT systems are a start, but they represent technology catch-up, not the future.

Like Pokémon GO, we need to start with the smartphone, prioritise patient convenience and boost adoption. We need to sweat our assets; anything else given current system pressures is inexcusable.

Pokémon GO blends offline with online, real with virtual. Users seamlessly permeate from walking on streets in the real world, to having virtual teams and battles, all underpinned by their smartphone’s screen and camera.

The result is a highly engaging experience that turns almost any environment, be it stores, parks, streets or homes, into a popular game.

The relevance to behaviour modification for physical activity and lifestyle change are clear, as modelled by the game itself, but we can go a step further

A lot of these lessons can be transferred to healthcare. Indeed, in some cases, augmented reality (AR) is already in use.

At the Royal London, colorectal surgeon Shafi Ahmed has pioneered the use of Google Glass in surgery to teach students and trainees. In the Netherlands AED4U is an app that shows you the location of nearby defibrillators using your phone.

This, however, is just the beginning. AR will disrupt multiple spheres of healthcare:

From a system standpoint, avoiding the AR revolution is akin to avoiding the digital revolution five years ago; if we don’t think about it now, it’ll be too late. Enabling such innovation is the only way to build a health system fit for the future.

Last month in California two Pokémon GO players were rescued by local police after falling off a cliff trying to catch Pokémon. Five per cent of Android users in Australia and the USA play the App daily; and 70 per cent of those who download it, use it the day after.

Like Pokémon GO, we need to start with the smartphone, prioritise patient convenience and boost adoption

The most important characteristics of Pokémon GO aren’t just its viral spread, but rather, its stickiness. While we shouldn’t perhaps encourage patients to visit every A&E in the country and “catch ‘em all”, there is still much to learn.

In the same way that Pokémon GO has increased physical activity over summer, the NHS must crack how to reduce attendances this winter.

The addictive nature of the platform’s behavioural engine is multifaceted:

But how can we apply this to healthcare? The relevance to behaviour modification for physical activity and lifestyle change are clear, as modelled by the game itself, but we can go a step further.

Gamification and stickiness factors, similar to those in the app, could help us engage and reward patients for self-care, and A&E avoidance – we just need the platform.

Hospital-based IT systems are a start, but they represent technology catch-up, not the future

NHS Choices, the UK’s biggest health website with over 40 million unique visitors per month, is an excellent factual resource, but how could this be converted into a behavioural change interface akin to Pokémon GO?

One that helps users navigate the system, manage minor ailments and receive the right care, at the right time, in the right place, rather than getting lost in the current alphabet soup of urgent and emergency care.

Pokémon GO has provided plenty of creatures to catch and plenty of food for thought. Healthcare has classically lagged behind other sectors when it comes to technology – it’s time to learn and get ahead of the curve, instead of always playing catch up.

Augmented reality, Pokémon-like behavioural theory and better use of our assets may hold the key to a more sustainable NHS, a better A&E and a safer Winter.

Dr Mahiben Maruthappu is a public health registrar in London