How do NHS subsidiary companies measure up? 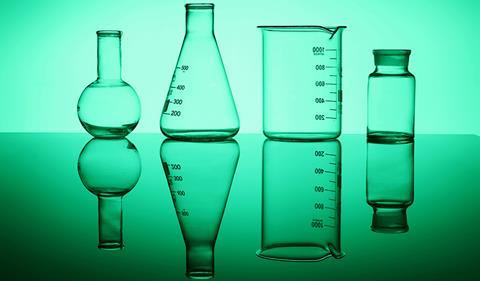 In 2003, foundation trusts, under the Health and Social Care Act 2003, became legally defined as independent public benefit corporations. The first 10 hospitals achieved FT status by 2004, and by 2013 this had risen to 147, representing approximately half of the health providers in the UK. With their newfound independence and local accountability, the aim is for foundation trusts to deliver a more patient led and sustainable NHS.

‘All hospitals, whether they are foundation trusts or others, have to innovate to achieve more for less’

One could argue this could have come sooner; the core NHS principles of free care based on need and not the ability to pay remain inherent in the new health service structure. However, the reality is a looming £30bn funding gap by 2020, the NHS cannot stay the same. Consequently all hospitals, whether they are foundation trusts or others, have to innovate to achieve more for less.

With Monitor reporting that 25 per cent of FTs were in deficit in the first quarter of 2013 representing an aggregate first quarter loss of £62m, understandably there is a level of nervousness as to whether the FT model will work.

One explanation is that unlike NHS trusts, foundation trusts are not required to break even every year and have the freedom to manage their own affairs. Could it simply be that FTs are investing in growth – or the process of turning around ailing businesses is taking capital and time? The reality is that cost improvement schemes have had their day, there is little left to cut; and the only way forward is to invest in innovative new models and ways of working.

One untapped opportunity is the financial freedom afforded to FTs to set up subsidiary companies. These companies have the potential to be strategically important to their parent company if managed well. Cutting the “red tape” enables these companies to seize opportunities more quickly, operate more flexibly, offer market based competitive salaries and be governed with a more commercial touch. This in turn creates operational efficiencies, patient benefits and income.

Of a sample of 40 foundation trusts, 27 per cent of them are setting up subsidiary companies, although not yet perhaps with much strategic intent. The catalyst for change was to be afforded the same zero rated tax rules for purchasing medicines as a high street pharmacy, which could be achieved by setting up their outpatient pharmacy as a separate entity.

Not purely, as some have argued, because there was a cost saving “opportunity” but more because of the ever growing pressure from commissioners to operate the NHS at competitive market rates. With national pharmacy chains offering a low cost service because they could access and pass on a VAT saving, how could FT’s compete?

It was this that led South Warwickshire Foundation Trust to explore new approaches, identifying that outsourcing to a third party would risk a loss of governance and a potential lost opportunity for which the trust was not prepared to accept. It agreed the only viable option for it was to set up a wholly owned subsidiary, and it was one of the first FTs to do so.

Interestingly, however, the majority of “early follower” FTs issued contracts to multinational pharmacy chains, which some now perhaps regret. A growing number of FTs have subsequently identified that outsourcing has in some cases deskilled the current NHS pharmacy workforce, who no longer have the experience of serving outpatients. This has altered relationships from a cohesive workforce to a third party supplier, and has weakened the skill base, ultimately impacting patients.

As more outsourced contracts come up for renewal, it is likely that the number subsidiary companies being set up may grow.

In our experience, the subsidiary model is the right approach. The pharmacy knowledge required to serve community patients cannot be “plugged and played” and inserted into a busy hospital outpatient pharmacy. Where some multinationals have tried this approach it has failed or taken many months of support before handover. Actually the ideal skill set is a mixed approach, with the pharmacy team having community and hospital experience and sharing support where required between the inpatient and outpatient pharmacy.

There is a significant cost saving to be achieved through subsidiaries employing their own staff at market rates and not according to Agenda for Change, as well as a tangible improvement in patient experience. This is achieved through gaining employees with customer service skills, who have learnt these at the “coalface” and being able to be creative with performance rewards.

Performance rewards may not always be traditional methods of bonus payments; outcomes focused results can be very effective. Some of our NHS pharmacy colleagues were mildly horrified when we recently surveyed patients to ask if they were happy with the service and said we were going to publish the results. They expected the results to be bad.

What was interesting was this survey was conducted during the second month of new members of staff joining the pharmacy. Ninety-eight per cent of patients were very or highly satisfied with the service, commenting they noticed a positive change over the period when we altered the staff mix in the pharmacy. This has had a hugely motivational effect on morale and willingness to drive in more change during the coming year.

At the strategic level, it was important that the subsidiary was seen as a valid and ethical contributor to the work of the foundation trust. It was important that staff and patients would easily understand its role and purpose. However it was extremely difficult to explain its purpose in concrete terms without sounding overtly commercial, which in an NHS environment can be viewed negatively.

We explored a number of business models such as moving from a limited company status to a registered charity, mutual or cooperative, but actually we need to be proud that we are generating income and profit because this is passed back to the FT for investment in NHS healthcare. The question was how to make this tangible for patients and staff? Enter an emerging concept that appears to be little understood even within the business community and not yet fully recognised by the NHS – a social enterprise.

Social enterprises are in essence trading organisations with a social conscience. More specifically, surpluses are principally reinvested for social objectives in the business or in the community. Jamie Oliver’s restaurant Fifteen, Age UK, The Big Issue and ihe Eden Project to name a few names have trading activities with social purposes. Interestingly, social enterprises are growing faster than small and medium sized enterprises by nearly 50 per cent.

We have become the first UK pharmacy and first NHS subsidiary company to be awarded the Social Enterprise Mark. It is still a limited company, commercially focused, there to generate profit and to use that profit for reinvestment in health services that are tangible and visible to patients and staff. When patients purchase products from our pharmacy they understand how the profit is being used. Furthermore, HM Revenue and Customs has direct confirmation that patients are benefitting and the VAT saving is not driving the subsidiary.

The impact of having a strategically aligned common goal cannot be underestimated. Any potential business opportunity is evaluated on whether it will fulfil social good and will it generate income that will return a profit. The bottom line for the subsidiary is not lost in the ether of the trust’s finance department but scrutinised weekly – yes, cash is king

In consultation with the local pharmaceutical committee and as part of the government’s Healthy Living Pharmacy initiative, we are presently setting up a smoking cessation service for staff and patients, and have plans for a minor ailments service, taking some pressure off the emergency department when appropriate to do so.

Having clearly defined the purpose of the company, it is now clear to see where value can be added across the trust and wider community. We have engaged in creating “accessibility services” that enable patients and non-NHS professionals to engage with the NHS in new ways that generate income. One example of this is provision of NHS quality standard training, which has been made available to GP practices, residential care homes and nursing homes.

In conclusion, while it is often necessary to have a catalyst for change, VAT saving alone is not the driver for a sustainable business. Businesses need loyal customers who will repeat purchase if they receive good service. Businesses need to make a profit and be commercially minded with a clear articulated strategy. Simply transferring an outpatient pharmacy into a subsidiary company and maintaining current operations will not deliver any benefits to the FT or make any difference to patients.