How the NHS can translate research evidence into better care

The importance of translating research into better patient care was underlined by the government’s announcement of new funding for the CLAHRCs programme. Susan Mayor talks to leaders of the first wave of collaborations 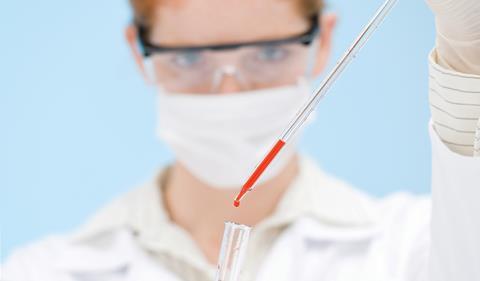 The National Institute for Health Research set up the Collaborations for Leadership in Applied Health Research and Care programme in 2008 to explore how to bridge the “second translational gap”: embedding research evidence into routine clinical practice. The approach differs from previous NHS change models and has been effective in improving patient care.

Nine collaborations were funded for five years as partnerships between at least one university and surrounding NHS and other partner organisations.

The main aims for the CLAHRCs are:

What makes it different?

A stroke clinician asked whether extension of the licence for thrombolytics from three to 4.5 hours from onset of acute ischaemic stroke symptoms might reduce the sense of urgency among staff. The worry was more patients might be treated but with less benefit.

“A CLAHRC project putting him together with mathematical modellers showed even the slightest taking the foot off the pedal − increasing the average time by 15 minutes − means you end up losing the benefit,” explains Professor Stuart Logan, director of the South West Peninsula CLAHRC.

Modelling showed the only measure that would reduce the delay was if ambulance teams called ahead to tell hospitals they had a patient with stroke symptoms. The group worked with the ambulance service to introduce a simple screening tool for stroke to alert hospitals.

‘CLAHRCs have recognised that service users are key decision makers in the uptake of innovations, so they have deliberately set out to include them’

“Early results suggest they have knocked about 30 minutes off the time to treatment. This means 25-30 extra people a year leaving just this one hospital with no permanent disability after stroke,” reports Professor Logan. The system is now being rolled out throughout the region.

CLAHRCs have recognised that service users are key decision makers in the uptake of innovations, so they have deliberately set out to include them in identifying research questions and developing solutions.

The collaboration for Birmingham and the Black Country involved nearly 60 service users, working with service providers on a project to improve early intervention for adolescents with psychosis. It was found that the single leading factor causing delay was the mental health services themselves.

The group redesigned services, including screening all referrals to Birmingham and Solihull Mental Health trust in the 16-25 age group for possible signs of psychosis. They also developed a mental health website for young people, families and staff, so they were better informed about what to expect. The result was much shorter times to treatment and positive feedback on the website from service users.

CLAHRC researchers look for evidence or carry out new research to help answer the research question in the service context, ensuring the outcome is of immediate practical value.

The CLAHRC approach integrates research with implementation to drive innovation in patient care in real time.

“Real time monitoring and feedback of the development and implement phases helps drive change more rapidly,” says Derek Bell, Northwest London CLAHRC director. “We are not waiting for months to see if there is any change.”

‘It was quite dramatic. As soon as we had an answer, the commissioners literally pulled through the findings and began altering their practice’

He suggests the other element of collaboration’s success is working in the real world clinical setting from the start of the research process, rather than trying to transfer findings from a clinical trial setting to clinical practice.

The programme for north west London worked with health professionals from Chelsea and Westminster Hospital’s respiratory ward, local primary care and a patients’ group to develop a discharge care bundle for chronic obstructive pulmonary disease. Most north west London hospitals now use the bundle and a pilot study showed it reduced acute COPD admissions by 19 per cent, and readmissions by 66 per cent.

NHS Midlands and East asked the CLAHRC to evaluate existing data on cognitive behavioural therapy services for people with anxiety or depression. Results showed talking therapies delivered over the phone were as clinically effective as face to face meetings − and more cost effective. Primary care trusts and strategic health authorities used the data in local policies to redesign services.

“I had read about the term ‘pull through’ of research findings but I had never really seen it before,” says Peter Jones, the CLAHRC for Cambridgeshire and Peterborough director. “It was quite dramatic. As soon as we had an answer, the commissioners literally pulled through the findings and began altering their practice.”

Building capacity to take part in research and implement evidence based practice is also an important part of the collaborative approach. Health visitor and midwife networks created by Leeds, York and Bradford CLAHRC provided time and resources for members to examine the data they collect and understand how it can inform their clinical practice.

They then worked with the CLAHRC to develop a list of recommendations, including identifying women who smoke as being at high risk and developing a pathway to normalise their behaviour.

“This illustrates the strong emphasis CLAHRCs have on impact − making a difference in a service − as well as developing research capacity within the NHS, both to undertake and respond to research,” says Stephen Smye, CLAHRC director.

Building bridges between different parts of a service has also been key in the success of the collaborations. Sixty per cent of the NHS researchers responding to a recent survey said working within a CLAHRC had increased their communication with people from other disciplines.

Ruth Boaden, deputy director of the collaboration, explains why cross-sector working was essential: “Although the National Stroke Strategy recommends assessment at six months, there was no guidance on who should make the assessment or what should be assessed.”

So the group looked at a range of opportunities as to who might carry it out with focus groups and interviews with patients, carers and various professionals in contact with people six months after a stroke.

“We designed the assessment tool to be flexible and used by a whole range of different people,” she says, and considers this flexibility of approach to be a key attribute of many CLAHRC projects – adapting to the local context.

CLAHRCs were set up as an initial five year experiment but the £120m of new government funding allocated recognises their success in improving patient care and keeps them at the forefront of the change programme for the NHS. Professor Baker has found the emerging clinical commissioning groups have been quick to come on board with CLAHRC projects.

These projects uniquely bring together the opportunity to evaluate a service, the knowledge of how to change things and a process for making change, reflects Professor Lilford. “Nobody else can do that,” he says. “The NIHR process and conventional funding mechanisms are too slow and consultants can’t generally evaluate the science.”

They also fit well alongside the academic health science networks. Professor Mawson suggests: “CLAHRCs look at local priorities and needs and use the science of applied research and implementation to achieve innovation; AHSNs can translate this knowledge across a wider geographical area.”

“Trying to influence complex health and social care systems is as much about human relationships as about technical issues. The ‘second translational gap’ is really about communication. CLAHRCs bridge that communication gap,” concludes Professor Jones.