How to make the right moves with NHS mergers

Mergers and acquisitions in the NHS are likely to continue amid pressure to address failing trusts and improve services, but figures show few are adding value. Matthew Custance explores how to make them work 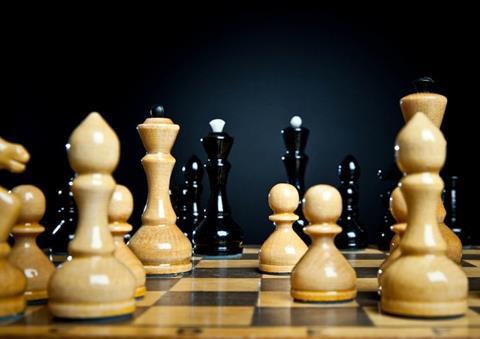 Mergers and acquisitions have taken centre stage in the NHS over the past few years. They are seen as one of the most valuable tools for turning around failing trusts and a platform for growth for successful ones.

‘Like a game of chess, knowing something is worth pursuing is only half the battle. Realising which moves to make to achieve long term aims is just as important’

Opinion may be divided as to their impact but what is widely agreed is that small scale causes real problems for NHS trusts in the current system. Small general hospitals are less able to construct efficient rotas, less able to leverage research and complex procedures and often less able to attract the best staff.

Add up these factors and there is a genuine rationale for bringing trusts together. But like a game of chess, knowing something is worth pursuing is only half the battle. Realising which moves to make to achieve long term aims is just as important.

Historically, most mergers within the NHS have followed one of three approaches. They have either revolved around the system identifying a partner and arranging a marriage of convenience, an acquiring trust nominating a partner and seeking mutual agreement to merge, or a competition being run to enable the NHS to identify a suitable match.

In KPMG’s analysis of healthcare mergers, we suggested that mandated mergers are less likely to succeed. This should not be a surprise: no matter how good the system is at planning, taking two unwilling partners to the altar is unlikely to work. And why should it, when the value of a merger is in a mutual desire to find ways to work together effectively, sharing costs and learning from each other’s best practice?

Considering the alternative options, it is hard to argue that a well thought through agreement, to which both parties are committed, should not be allowed to proceed. It is, however, harder to demonstrate that the vendor has delivered value and that the deal is fair to the shareholders and the system. That is why mergers of this nature are − and should be − a key focus of the Department of Health (as shareholder), commissioners (as payers) and regulators.

Shareholders and payers want to see tangible benefits − opportunities for both parties that are not self-serving but are designed to better provide for their communities.

When it comes to competitions, to begin with, key terms such as “cost”, “patient benefits”, “clinical cooperation” and “operational initiatives” should be outlined early on, as doing so provides comfort that the winning proposal represents good value. The formality of the process and need to “sign up” to the offer should also go some way to reducing any “deal drift” over time.

‘Put simply, there are some real advantages to a competitive approach’

Of course, in any competition the acquired trust (assuming it runs the competition) is left in control of its own destiny, meaning it can represent its staff and patients within the deal. All too frequently in the NHS, the acquirer plans and implements deals, leaving the acquired trust waiting to see how it will be affected.

But by taking a different stance and leading the process from day one, the acquiree has a strong seat at the table. Such a change improves the chances that management, clinicians and patients from both sides (and not just the acquirer side) will work together to make the deal succeed.

Put simply, there are some real advantages to a competitive approach, as taken by West Middlesex University Hospitals Trust, where a short and targeted competition was used to identify a partner. The result has been a proposal with a number of important commitments designed to protect quality and service locally, while delivering a stronger combined entity.

The involvement of the board, staff, clinicians, commissioners and patients throughout has also meant there is genuine engagement and the acquiree continues to manage the process representing the system and local interests.

It led the trust’s chief executive Dame Jacqueline Docherty to make the point that, “Together, we’ve substantially improved clinical, operational and financial outcomes over recent years,” adding that, “it makes sense for us to be a core part of future planning, to make sure that the new combined organisation works, both financially and for delivering the best possible services to the people of the area”.

Not all organisations, of course, are granted this degree of trust by the centre to manage their own destiny, with the appointment of a trust special administrator being the most extreme example of removing control.

There is certainly something to say for boards that proactively recognise their organisation would be strengthened by merger and acquisition and that take steps to prevent the organisation from failing. Is that not what we should be encouraging NHS trusts to do right now, rather than waiting for the special administrator to be appointed after it is too late?

Similarly, not all competitive processes are as efficient and quick as that in West Middlesex, where the partner appointment process took just five months to complete and another two before approval to announce the result was granted. Perhaps this stems from the fact that those designing that process came from a procurement rather than a merger and acquisition background, applying detailed procurement approaches where merger practitioners would take a more high level approach.

Matthew Custance is a corporate finance partner at KPMG