NHS England confirmed Dr McNeil would be leaving for “personal and family reasons”.

Dr McNeil will leave the NHS in December to return to Australia. He will take up a role as assistant deputy director general at Queensland Health and chief medical information officer for Queensland.

He said: “Although I am returning to Australia for personal and family reasons, I plan to keep a close eye on progress and look forward to seeing the digital transformation programme deliver benefits to patients and clinicians over the years to come.” 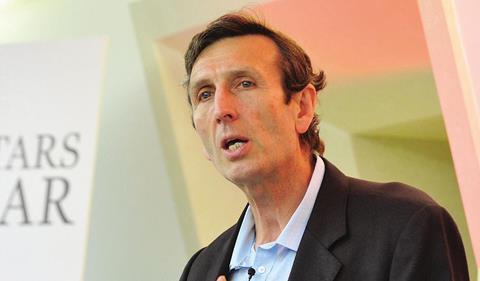 The news comes after NHS England announced an NHS Digital Academy to train more chief clinical information officers, viewed by the national commissioning body as key to digital transformation in the NHS.

The creation of a national CCIO role was one of the key recommendations of Professor Robert Wachter’s review of NHS IT last year, which has become one of the foundations for the NHS’s digital strategy.

The review said the role would “signal that the NHS understands the adaptive nature of this effort to change, that it is serious about clinician engagement when it comes to health IT, and that it is putting a premium on clinical, not simply financial, outcomes”.

However, he was also given a wide range of other responsibilities to deliver the NHS’s latest push for digital transformation. These included chairing the National Information Board and the new Digital Delivery Board, which had a role overseeing NHS Digital.

Prior to becoming national CCIO, Dr McNeil was chief executive of Cambridge University Hospitals Foundation Trust, where he presided over the £200m eHospital programme and first UK deployment of the Epic electronic patient record.

He resigned after the trust was placed in special measures in September 2015, partly as a result of financial problems connected to the Epic deployment.

Dr McNeil’s appointment at NHS England was subject to some media criticism at the time. However, NHS IT leaders speaking to HSJ have been broadly positive about his performance in the national role.

CUH has since come out of special measures and, despite earlier difficulties, is widely regarded as one of the most digitally advanced trusts in the country. In March, it was selected as one of 16 acute global digital exemplars.

Dr McNeil was also previously chief executive officer at the Royal Brisbane and Women’s Hospital in Australia and a transplant specialist.

Matthew Swindells, NHS England’s nation director for operation and information, said: “Keith has been an exceptional ambassador for our digital transformation agenda and has helped raise the profile and importance of digital and IT in the NHS.”

NHS Digital interim chief executive Rob Shaw said Dr McNeil’s ”integrity and commitment to a single team in terms of delivery is something that I hope we continue to build upon”.