Make a link between mental and physical health services

As the NHS tries to move towards parity between physical and mental health, it faces major challenges in developing liaison services and to understand the costs and savings it creates in the wider care system. Lawrence Moulin reports 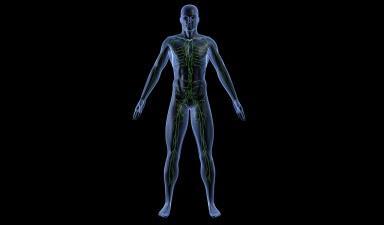 Not only is this philosophically and ethically the right direction, but financially there is evidence of high costs if we fail to treat the mental wellbeing of people with physical illnesses, as well as developing evidence about models of psychiatric liaison that meet the needs of these people.

Evidence of need and cost

People with long term physical health conditions, who account for around 70 per cent of all expenditure in the NHS, are two to three times more likely than the general population to experience mental health problems such as depression, anxiety or dementia.

The prevalence of mental and physical health comorbidities is particularly high among patients in acute hospitals, resulting from several factors that often interact with each other:

An analysis of likely costs to the NHS shows that comorbid mental health problems are associated with increases of 45-75 per cent in the costs of physical healthcare for long term conditions.

Further analysis suggests the overall cost for the NHS as a whole of comorbidities is in the range of £8bn-£13bn, of which around 40 per cent falls on the acute and general inpatient sector − a likely cost to the acute sector of about £4.2bn a year.

Historically there have been ad hoc and usually unevaluated local models of psychiatric liaison services developed to meet these needs.

‘The national picture, with respect to the size, remit and focus of current liaison services across England, varies greatly’

One provider that has developed a robust and evaluated model is Birmingham and Solihull Mental Health Trust, through its rapid assessment, interface and discharge (RAID) programme, initially based in City Hospital Birmingham.

The evaluation of this work has been added to other evidence of the quality and cost benefits of effective liaison work in acute hospitals. This has come from other pioneering areas such as Exeter, Hull, Leeds and services developed specifically for older people such as the triage and rapid elderly assessment team (TREAT) in London. Models for delivering evidence based service response is becoming increasingly clear.

Using the RAID psychiatric liaison service model as an example:

Over 80 per cent of patients who received services from RAID said they were satisfied or very satisfied, with a similar satisfaction level reported by other staff working in the acute hospital. The rating for training provided for acute staff was even better, with over 90 per cent of staff finding it very relevant and believing it would improve their practice.

The evidence shows admissions from the emergency department into hospital beds were reduced, the length of stay for people who received a service was reduced, and more older people were able to return to their homes.

Based on the evidence of improved quality and cost effectiveness, a rollout programme was initiated in the West Midlands. This consisted of the following key elements:

Acute providers in every primary care trust cluster across the West Midlands moved forward with local developments inspired by RAID and their own local work.

The national picture, with respect to the size, remit and focus of current liaison services across England, varies greatly.

For example, maximum cost savings may be realised by working with older people by reducing length of hospital stay. However, maximum health benefits throughout a person’s life might be realised by intervention with young people in A&E who have self-harmed.

There needs to be a strategic view of the desired high level outcomes and shape of liaison services to achieve these.

Moving into the community

Some of the liaison services are asking why they wait until vulnerable people with multiple problems are in the acute hospital before they can intervene. Trials of community liaison services are beginning, and interestingly, the developing models seem similar to some of the structures described in the proposals from the Future Hospital Commission.

There is a major challenge in developing liaison services to understand and navigate the costs and savings it creates for different parts of the NHS and the wider care system, and then structure these to incentivise the implementation of these services.

Early work on the RAID development showed that a significant part of the impact was through training and supporting acute staff in their work. This is essential and potentially a pre-eminent part of the role of such a service.