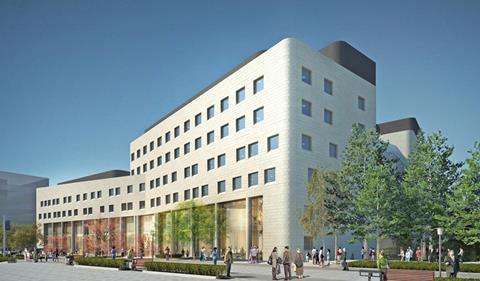 Much has changed since our last article on the profitability of private patients in the NHS.  Eighteen hospitals have published plans to increase private provision and the Competition Commission has released its provisional findings that are likely to reshape the geography and economics of private patient provision.

‘Having separate facilities, whose build cost is privately or charity funded, is the way to resolve inherent conflict of interest in using NHS facilities for private patients’

We have counted 18 hospitals that have announced plans to increase private provision since the passing of the Health Act 2012, which lifted the cap on private patient revenues.

Dominating the plans are the Forum project at Addenbrooke’s Hospital and the Guy’s and St Thomas’s Integrated Cancer Centre. In total, we believe that the plans amount to an additional £180m of private revenue over the next five years.

Not all of these plans will go definitely ahead and of those that do, not all will definitely reach their target revenues. After subtracting 33 per cent from planned additional revenues, it can be projected that the listed NHS trusts will generate £120m in additional private revenues by 2018.

The FT is planning to open the £120m Forum in summer 2016, on the main Cambridge Biomedical Campus site, Addenbrooke’s Hospital (pictured above).

The Forum will consist of a large private hospital operated by Ramsay, an education centre run by CUH and a commercial hotel.

There will be 72 private beds including eight intesive care unit beds, 5-8 dedicated theatres, and CT and MRI scanners. Three linear accelerators are planned for a later date.

In response, Nuffield Health in Cambridge started work in August last year to completely rebuild their current hospital site at a cost of £27m, to help remain competitive with the Forum. They hope to open their new facilities a year before the Forum.

This will result in a 25 per cent increase compared to the NHS’s current private revenues which total £500m. The large capacity increases in Cambridge and south east London are likely to be particularly significant to the local private health economies and may result in subscale or underinvested hospitals having to close.

It is significant that both the Cambridge and Guy’s schemes involve dedicated operating theatres. Having separate facilities, whose build cost is privately or charity funded, for the entire patient pathway is the only way to resolve the inherent conflict of interest in using NHS facilities for private patients.

Broadly, the commission found that private hospital groups HCA, BMI and Spire have market power in negotiations with private medical insurers because a number of their hospitals have relatively few effective competitors.

While the findings are not yet final, we believe, based on our published analyses of previous market investigations, that the commission’s final findings are likely to follow the provisional findings quite closely.

HCA appears to be the hardest hit: the commission is likely to recommend divestiture of two or three of its six large London hospitals and it is likely to have to give up its joint ventures with University College London Hospitals, Queen’s Hospital, Romford and the London Gamma Knife Centre at St Bartholomew’s. In addition, it is unlikely HCA will be permitted to complete its plans to take over the large, four storey private patient unit at the new integrated cancer centre, which is currently being built at the Guy’s hospital site.

Guy’s and St Thomas’ Foundation Trust in partnership with HCA

Guy’s and St Thomas’ is due to open a £160m cancer treatment centre in January 2016, offering chemotherapy and radiotherapy services.

Building of the 20,000m2 centre began in August. The centre will consist of 14 floors in total and will be located on the Guy’s hospital site.

In August, HCA signed a 25 year lease to operate four floors of the centre as a private patient unit. They will acquire a shell and fit out the interior at their own expense in return for an agreed rent and sliding profit share.

BMI and Spire have also been singles out and the commission speaks of up to 20 areas where they have market power. The exact list of hospitals under threat of divestiture is not public although the hospital groups have been informed. We think that all three hospital groups have good grounds to appeal the commission’s findings and that the matter will not be resolved before the end of 2015.

The implications of the commission’s findings for existing NHS hospitals’ private patient units are significant.

Private patient units’ current cost advantages will be eroded as increased competition drives down costs. The commission will require hospitals to negotiate pricing for each hospital separately with insurers so that they cannot use local market power to achieve higher pricing at a national level.

Separate negotiations will make it easier for insurers to delist hospitals and private patient units, and will most likely lead to increased competition.

However, the units are likely to be in a better position to attract consultants as private hospitals are likely to be prohibited from offering incentives to consultants to practice there. Of the 570 consultants surveyed nationally, 11 per cent (we suspect are mostly surgeons who decide where to send patients) confirmed that they were aware of incentives, many of which are of substantial financial value.

Finally, private patient units are likely to be prohibited from partnering with the dominant provider in their area. We believe that HCA is likely to be required to unwind its London partnerships with UCLH, Queen’s, Barts and Guy’s and St Thomas’.

Having reviewed the schemes that have emerged in the wake of the Health Act, we think there is considerable additional scope for the major academic medical centres and for specialist hospitals to take on the private hospital groups in their home territory. They have the medical expertise on site.

Their proximity to level 3 intensive care facilities will enable the consultants to perform more complex procedures and afford their patients additional peace of mind. The independently funded theatres could be used for NHS patients in times of emergency or when waiting times are high.

Since this article was published, the Competition Commission has released its provisional decision on remedies for 2014. The report recommends that the proposal for forced unbundling of pricing negotiations by hospital should be abandoned. The findings also say that only HCA and BMI will be forced to sell hospitals to strengthen competition, and Spire is no longer affected.

Therefore, the HCA would have to divest only two hospitals - the London Bridge and the Princess Grace - whereas BMI must sell a combination of seven hospitals.

The authors understand that the Competition Commission did not make it clear in the provisional report whether HCA would be required to unwind its NHS joint ventures with University College London Hospitals, Queen’s Romford, and Guys and St Thomas’ trusts.  They believe that these are still open issues, and expect that the commission will make this clear in its final report, due out in April 2014.