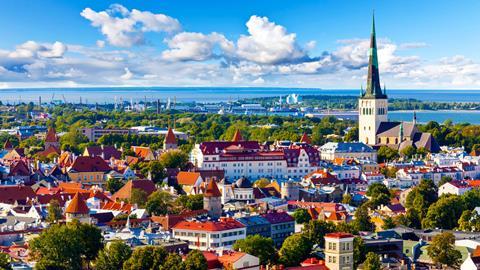 Meet the country that's ripping up the rules on records

Estonia’s health record system is a fast-paced success story that began in part when a reorganisation left GPs without access to patient information, as Claire Read explains

When Madis Tiik says that many people have told him he’s ahead of his time, it doesn’t come as a surprising revelation.

This GP is one of the key figures in Estonia’s impressive and rapid healthcare digitisation, a journey which has created a nationwide electronic health record system for the country’s 1.3 million citizens, and which has sparked the interest – and envy – of colleagues around the world.

For Dr Tiik, the path to that achievement began with an obstacle to his personal practice. When he began working as a GP, he found himself facing a significant challenge with patient records – namely he didn’t have access to any.

“In 1998, when I qualified, Estonia changed the system so GPs were split out from hospitals where primary care patients were previously taken care of,” explains Dr Tiik. “We moved out of the hospitals, we rented rooms, and started our own practices.

“At that time all the records were on paper. And we did not have good legislation about patient records, and hospitals decided that if you go away from our building, we are not giving you any patient records. They belong to us.”

It left the newly qualified GP wondering what to do. “I didn’t have any history with patients – I didn’t know any patients. I had just finished medical school and started my practice. So I thought: ‘OK, if I don’t have any historic material from my patients let’s start with empty paper.’

And then I thought: ‘OK, if I’m starting from scratch, why would I use paper?’”

He decided he wouldn’t. So he dusted off some software for GPs that he’d helped develop during his university days – “I described the functionality, and there were some other students from physics and maths who programmed it” – and delved straight into paperless healthcare.

It was a decision which placed him at the forefront of healthcare digitisation in Estonia. It also, formally speaking, meant he was breaking the law.

“Electronic records only became allowed with new legislation that came into force in 2002. So for the first four years, I [adopted] an illegal way of practice. When someone came to check on me from the health insurance company, I said: ‘I can print out everything you need but then you will have 10 kilograms of paper to read.’ So they said: ‘OK, it is not necessary but we have to remind you that it’s not allowed.’ I became like a pioneer in this field.”

He was soon recognised as such by government and clinical colleagues alike. In 2005, when Estonia’s ministry of social affairs decided to create an eHealth Foundation, Dr Tiik was one of the founder members. He went on to become chief executive of the organisation, which steered the creation of a central electronic health record.

Wishing they were here

Where does a chief information officer (CIO) for one of the recently named NHS global digital exemplar sites seek her own inspiration? For Rachel Dunscombe, Estonia is top of the list.

“They are working at a speed, pace and technology trajectory of the best corporates, and the best industries. And there must be some cultural issues there. We in the NHS are constrained by everything – by risk, by question asking, by over-governance perhaps. But in Estonia they have become unconstrained, and they’re moving at a pace that is extraordinary.

“A lot of former Eastern bloc states have not been democracies for long, so I don’t think they are as steeped into the processes. So they actually don’t see the risks, necessarily. They just say: ‘Why not? Let’s do it.’ And there’s something to learn from that.”

The record can be accessed and edited by all healthcare professionals across all sectors, as well as viewed by the patient.

By 2008, the infrastructure for this central system was live – an incredible speed when one bears in mind that just 10 years earlier, Dr Tiik was denied access to paper records previously held in a hospital.

Asked how it was possible, he points to the value of a national consensus on the need to embrace digital.

“It was clear somewhere in 2002 to Estonia that digitisation would be the new revolution in all industries. And we decided generally in society that we will move as quickly as possible to digitisation.

“I think it’s more difficult to do these things in systems where old systems [exist],” he reflects. “We really started from scratch. We decided we are not taking the old history with us, because it was mainly on paper, it was not standardised. [We said]: ‘Let’s do a totally new system and let’s start to collect all data from scratch’.”

He also emphasises that the eHealth Foundation focused solely on providing the infrastructure for a central record. The responsibility of using it fell to individual healthcare organisations.

For Estonia, that benefit increasingly lies in personalised healthcare. The country launched a genome project in 2000, and the next target is to integrate data from that with information from the central electronic health record

“We built the plane, and we organised the flight, but the end users had to make the decisions themselves,” Dr Tiik explains. “We didn’t support any local IT system development for the integration. They had to organise it themselves, and invest themselves.”

Inevitably, some were keener to do that than others. Initially, only a few healthcare providers sent data to the central record. But in time more and more information was shared.

What convinced organisations to engage? Here, Dr Tiik stresses the need to focus not on what technology is being deployed but on what it will do.

For instance, GPs were attracted by the promise they would no longer have to sign health certificates for people applying for their driving licence – patients now fill in a form online, and the system automatically checks their medical history to confirm whether they are fit to drive.

“Many countries have failed [with healthcare digitisation] because they see the draw only in integration. But I would say that digitisation and integration are just the tools of how healthcare should be done in the 21st century.

For Estonia, that benefit increasingly lies in personalised healthcare. The country launched a genome project in 2000, and the next target is to integrate data from that with information from the central electronic health record.

“That’s the approach we’re now moving forward – the big picture is moving towards personalised care. And because we have integrated all of these records, we can do it.”

Lessons from the Estonian experience

Asked what the NHS might learn from the Estonian experience, Dr Tiik cites three key points.

1. Make it all about the patient

“In my mind we have to focus on the citizen, and the services we can provide to the citizen. When we started, the focus was the integration of providers, and the approach was very much around the providers. So we had to give the customer [reason to be] interest[ed].”

2. It’s not about the technology

“Many people have said to me that I’m always five years ahead of others in my thinking. If you find such people, put them in the right position and give them the tools, it is a very powerful driving force for change.

You have to find these pioneers in society. You have to engage them, then others will follow. What is also important is the personal touch. I have seen many e-health leaders who don’t have their own vision, they just deliver what is asked. But that does not work.”