Meet the vision for paperless data through procurement

Avoiding the technology procurement mistakes of the past is a must for trusts in light of NHS England’s new digital data strategy. Helen Simpson and Andrew Rankin explain the lessons can be learned about contracting 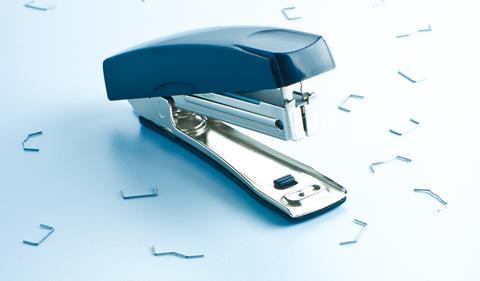 In July, NHS England published its vision of access to digital data across care settings, Safer Hospitals, Safer Wards: Achieving an integrated digital care record, and how to achieve it. It acknowledged the NHS has been slow to adopt new developments and that this has to change.

‘The government drew a line in 2009 and, slowly, the transition to an era of more local trust level buying began’

NHS England’s strategy builds on Jeremy Hunt’s vision of a paperless NHS by 2018, which came around the same time as NHS England began a consultation on a proposal to require a much larger dataset be electronically provided by hospitals from April 2014. This would require many hospitals to implement new systems.

Unfortunately, little new money is available to deliver this vision (there is a £260m fund) and there is a sense of déjà vu for many. The NHS National Programme for IT, set up in 2002, was intended to run for 10 years and its cornerstone was an electronic patient health record. Except for a handful of organisations, this has not been delivered.

The government drew a line under the programme in 2009 and, slowly, the transition from centralised procurement of technology to an era of more local trust level buying began.

So, as NHS England begins to consider the procurement “artefacts” it will make available to support its latest strategy, what are the contracting and procurement experiences of trusts that have already started their own procurement journey? And how can mistakes of the past be avoided?

Don’t divorce the procurement process from the contract

Public procurement rules require that contract and award notices be published and “general treaty principles” of transparency, fairness and equal treatment should be followed. The Public Contracts Regulations 2006 require that, for procurements with a contract value over £113,057, one of four procedures must be used when buying.

In the present context, many trusts will select the paper based “restricted procedure”, thinking it appears simple and they know what their requirements are. A process is run and a preferred bidder is selected, but without a trust having had a real opportunity to engage with bidders to understand the detail of a proposal.

A frequent consequence is that the trust is not able to determine the necessary detail from the paper response to the invitation to tender or realise its needs were not quite as fully scoped as it thought. Once a preferred bidder is appointed, a trust might later find itself having discussions on fundamental issues of risk allocation, which are beyond the fine tuning anticipated by the regulations, and therefore risk third party challenge because the process prescribed has been deviated from.

Not only that, the appointment of a preferred bidder results in loss of competitive tension. Once the formal process has started, there is little opportunity to engage with bidders, and it is in the supplier’s interests to “hide” what appears to be “detail” in their response to progress through to preferred bidder status.

This detail often has real significance such as what the supplier is not responsible for in meeting service levels. A third problem arises in this context, where the trust has allowed time for the procurement process but no time has been allowed for a rerun of the process where terms cannot be agreed. This becomes even more acute where a legacy system is about to fall out of support. Suppliers know this and will naturally play this to their advantage.

It is much easier to dig down into the detail and agree suitable terms where the supplier remains part of a competitive process and a preferred bidder has yet to be selected. This is why, in many cases, use of the competitive dialogue procedure can be a more comfortable fit with the regulations for many strategic, large scale technology procurements.

Trusts should collaborate and consider a framework

With many organisations looking at some form of integration with their neighbours in the next few years, appointing a single supplier from whom they can buy the same (or a similar) system that performs the same clinical or administration function will make sense to many. A framework agreement facilitates this.

A framework can allow a number of trusts to run what is, for the most part, a single process; the lawful making of a call-off contract by a trust satisfies its obligation to comply with the regulations, without having to run one of the procurement processes referred to above (the framework arrangements having already been procured through one of those processes).

Trusts should, however, always exercise caution when considering use of a framework for which the contract notice (in the Official Journal of the EU) is unsuitable − entering into a call-off contract in those circumstances could result in the procurement being deemed an unlawful direct award, resulting in the contract being declared  “ineffective” − that is, unwound.

Use the right form of contract

The National Programme for IT was characterised by a massively complex contracting regime that arguably matched its scale and ambition. Echoes of it are seen in the OGC Model ICT Services contract, which remains in wide use for all types of procurements. This is despite the fact it is designed for delivery of a contract.

Even where a hosted service is anticipated, it can be unwieldy and remain unsuitable, depending on the scope of the project. While a form of contract is not yet mandated for use within the NHS, many trusts would be better served by using updated and amended versions of the former NHS Purchasing and Supply Agency’s contracts for procurement of technology − sometime referred to as the “CON” family of contracts.

In contracting, focusing on some basic and universal principles is a must:

The contract should tell a story and parties should remember it is not possible to eliminate all risk from a deal.

Helen Simpson is partner and Andrew Rankin is an associate at DAC Beachcroft. Both specialise in health informatics and public procurement law.