'Modernisation' is not a dirty word

Modernisation is the buzzword of the new NHS, but rarely has one word so widely used been so misconstrued by so many. However the True Colours project has proved to be a ‘godsend’. By Jean Christensen and Jackie Thomas 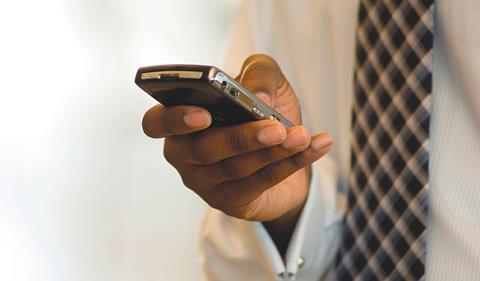 To improve the usability and scalability of the  system, the simplest form of technology was chosen in the form of text messaging using the patient’s own mobile phone

For frontline staff, “modernisation” sounds like job cuts; for academics it is an invitation to innovate and evaluate; and for politicians it reflects the aspiration to improve quality, while also cutting costs.

This article examines the competing demands of modernisation on patient care and demonstrates how one collaboration between the Oxford University’s department of psychiatry and Oxford Health Foundation Trust was able to meet those challenges.

The Health and Social Care Act 2012 says modernisation is essential for three main reasons. First, there is the rising demand for services and increased treatment costs as more people are living longer and the demand for more sophisticated and expensive treatments increases. The cost of medicines alone is growing by £600m per year.

‘Relying on a patient’s memory of how their mood had been during the weeks or months since their previous appointment was heavily dependent on their current mood state, resulting in often inaccurate information’

Second, there is a need for the NHS to improve on the quality of services it delivers and the health outcomes it is achieving for patients, particularly in areas where we fall behind other European countries.

Third, the funding settlement for the NHS is the most stringent that it has experienced. If all of these objectives are to be achieved then doing more of the same is no longer an option. Services need to think creatively if they are to modernise.

True Colours is an e-system that is currently used to facilitate self-management of symptoms in patients with chronic mental health disorders. It arose from a need identified in practice at Oxford Health’s specialist mood disorders clinic, which sees patients who may live long distances away.

Professors John Geddes and Guy Goodwin developed the True Colours system to monitor the symptoms of their patients with bipolar disorder remotely. Relying on a patient’s memory of how their mood had been during the weeks or months since their previous appointment was heavily dependent on their current mood state and recall ability, resulting in often inaccurate information on which to base treatment plans.

The use of paper diaries could provide accurate retrospective information but it added additional bulk to the paper record and did not allow clinicians to see patient symptoms in real time to enable early intervention.

To improve the usability and scalability of the system, the simplest form of technology was chosen in the form of text messaging using the patient’s own mobile phone. Patients are sent prompting text messages asking them to score their mood using questions from validated scales.

The information is transferred by software developed in Oxford University into an easy-to-read graph, which is sent to the patient and clinician and uploaded into the electronic health record that is used by Oxford Health Foundation Trust for sharing with the patient.

This simple but effective system won the NHS Live Award in 2008, as it allowed the monitoring of real-time patient reported outcomes measures, with modest additional resources, thereby allowing clinical resources to be more efficiently targeted.

Since those early days True Colours has been further evaluated and developed by the Oxtext research programme, which has been funded by the National Institute for Health Research for four years. More than 300 patients with bipolar disorder have so far been enrolled into the Oxtext cohort and signed up to the True Colours system.

A qualitative study carried out with patients, carers and clinicians to seek their views on the initial version of True Colours has resulted in radical improvements to the system.

The software is now much more than an electronic record and is being developed as an innovative service that includes both self-management and expert clinical consultation. Thus, a five-stage psychotherapeutic intervention for patients with bipolar disorder has been developed to work with True Colours, known as integrated mood management (IMM).

The patient manual explains how mood stability can be enhanced by identifying the impacts of risk or protective factors, sleep quality, substance/alcohol misuse and medication adherence.

Patients are encouraged to develop a personal Integrated Mood Management plan based on what they have learnt at each stage. It acts as a mirror to patients about the effects of their behaviour on the symptoms that they experience and provides a key record of patient outcomes for the clinical service.

A qualitative review indicates that patients find the manual with the software to be a helpful tool for enabling them to gain control over their symptoms, and community psychiatric nurses who undertook the role of facilitators enjoyed the structure and “space” that it gave them to work proactively with patients to prevent crises.

True Colours has the potential to help other patients in addition to those with bipolar disorder, and its application to other mental health disorders is now being tested in another clinical trial.

The system has been expanded to include validated scales that address outcomes in relation to depression, anxiety, psychosis and substance misuse. An additional key innovation has been to permit personalised questions, designed by the patient or clinician for that specific person, to capture symptoms that are unique to the patient.

‘It enables staff to keep a watchful eye on all patients, while focusing their resources on those that are most in need of their help’

A set of six easy-to-read Feeling Well with True Colours booklets have been developed for patients to use with the new version of the system. Some are diagnosis-specific and others cover more general issues such as the use of medicines.

This new service will be offered to all patients who the clinician judges would benefit from self-monitoring and management, and will be evaluated by using routinely gathered trust data, including Health of the Nation Outcome Scores (HoNOS).

In addition, a host of new research studies are being planned to test the use of True Colours in other conditions, including the self-monitoring and management of physical long term conditions.

The march of technology is relentless and promises much but it should not be embraced without question. We know from previous experiences in the NHS, and elsewhere, that the unthinking introduction of new technology may be negative. In the case of True Colours, its evolution has been carefully tested at all stages and patient experience used to feed into its further development.

It has provided a platform for academics to do what they do best – to innovate. And it has come at the right time for service provision – enabling staff to keep a watchful eye on all patients, while focusing their resources on those that are most in need of their help.

One of the patients says: “In a whole host of ways this has proved to be a godsend. The regularity with which the prompt text arrives - infallibly each Monday, before noon - acts as a support, and indeed comfort, at times when illness seems to bring only irregularity and uncertainty.”

The development of True Colours has had significant involvement from patients and their carers and this has had a strong influence on its continued development. This approach has ensured that the software contributes to many of the dimensions of person-centred care developed by the Picker Institute Europe and endorsed by the National Institute for Health and Care Excellence.

It provides a forum for the patient to be a participant in joint decisions about their care that are based on real-time information provided by the patient themselves. And importantly, it provides a tool for developing self-management skills. This demonstrates that modernisation can meet the needs of all parties if it is developed, rolled out and supported with the right level of involvement from all potential system users.

Dr Jean Christensen is Oxtext project manager; jean.christensen@psych.ox.ac.uk. Jackie Thomas is head of adult community services and head of older adult mental health services; Jackie.thomas@oxfordhealth.nhs.uk. This article represents independent research funded by the National Institute for Health Research (NIHR) under its Programme Grants for Applied Research Programme (Reference number: RP-PG-0108-10087). The views expressed are those of the authors and not necessarily those of the NHS, the NIHR or the Department of Health.