Opportunities for the NHS in the Middle East

As budgets fall but resource demand rises, overseas patients can be a key source of revenue. In the first of two articles, Simon Shooter looks at the benefits of exporting the NHS to the Middle East and how to win business as the region develops its own healthcare provision 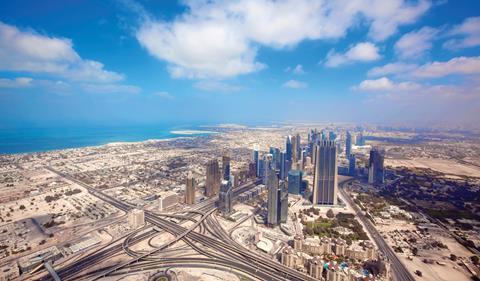 There is increased UK Government focus on the Middle East

For the right NHS organisations, engaging in overseas revenue-generating projects may be a smart way to address the challenges created by reductions in public spending.

‘The government has also been clear that education, infrastructure and healthcare are key areas for improved trade’

Since 2010 the British government has significantly stepped up its efforts to develop trade with the Middle East. In a region where state visits have a real impact, high-profile trips in recent years have proved incredibly valuable. These include the Queen’s visit to the UAE and Oman in November 2010 − the first major state visit by the Queen to the region since February 1979; David Cameron’s November 2012 visit to the Gulf; and Prince Charles’ nine-day visit to the region in March this year.

These have been supported by a significant number of ministerial and less high-profile official visits.

The government has also been clear that education, infrastructure and healthcare are key areas for improved trade. Further efforts to support this goal include the establishment of:

As the UK tries to reduce its deficit through cuts in public spending, the NHS faces a stark financial challenge. The Nuffield Trust suggests “the NHS in England could experience a funding gap worth between £44bn and £54bn in 2021-22” if funding does not increase in real terms and there are no improvements in productivity.

However, improvements in efficiency will only go so far and NHS organisations will need to consider independent income sources, for example through greater research and development, or through collaborations on care with the private sector. While some of this independent income will come from the UK, the best opportunities may be beyond our borders.

Meanwhile, in the Middle East, following the Arab Spring, healthcare funding continues to increase. Saudi Arabia is reported to have spent US$24.35bn on healthcare in 2012, an increase of 16 per cent; Kuwait projects spending US$1.23bn on healthcare this year, a 9.3 per cent  increase on the previous year; and the UAE also projects a significant increase.

The NHS is a remarkable proposition, conspicuous through its “free at the point of use” principle and excellence in many specialist areas. This is not a new realisation − NHS staff and commentators on the wider healthcare sector alike have understood this for years.

While the NHS brand is a good one − and no doubt the opening ceremony of the London 2012 Olympics helped to further develop international brand awareness − the call to “export the brand” needs to be rebadged as a call to export and share world-leading expertise.

In the Middle East it is well known that a brand alone offers no assurance of quality. Healthcare UK, a combined UK Trade and Investment, Department of Health and NHS England initiative to help both the NHS and private healthcare organisations operate beyond Britain, recognises this; it positions itself as a contact point for overseas “clients seeking the know-how to extend their own healthcare provision”.

For many years countries in the Middle East have relied on sending nationals overseas for treatment. However, such health tourism is increasingly seen as a drain on state funds, which prevents the region from developing its own healthcare reputation.

‘An understanding of the marketplace, legal landscape and Arabic business culture are prerequisites to setting off for the Gulf’

Some healthcare providers are already engaged locally. Key players include Mayo Clinic, Harvard Medical International, Johns Hopkins and Cleveland Clinic. However, US dominance may be decreasing. For example, the Kuwait Times reported that late last year the Ministry of Health had scrapped a five-year agreement with Johns Hopkins covering four hospitals.

Meanwhile, renewed interest in trade with the UK may already have proved beneficial for London hospitals such as Moorfields, Great Ormond Street, Imperial and King’s College as they increase their engagement in the Gulf. Recent projects, closely aligned to the objectives of Middle Eastern governments, include setting up a Saudi Arabian nurse training programme and establishing joint-venture clinics.

The role for Western healthcare providers in the Middle East is changing. To succeed in this environment, NHS projects will need to provide:

For trusts, it will be worthwhile to explore the significant opportunities in the Middle East. This is especially the case for those that are prepared to embrace the change of attitude and have world-renowned expertise in specialist areas that are a particular concern for the region, such as diabetes, heart disease and blood disorders.

For these trusts, the rewards may include the funds to meet their aspirations in the UK and the satisfaction of delivering improved healthcare internationally. However, an understanding of the marketplace, the legal landscape and Arabic business and social culture are prerequisites to setting off for the Gulf.

Simon Shooter is a partner at Bird & Bird

Next week: the second article in the series will examine some of the key legal and practical challenges of exporting the NHS to the Middle East