Stem the patient overspill with this dream team

South London and Maudsley Foundation Trust has successfully reduced the number of patients admitted to private psychiatric units. Kamran Ahmed and colleagues explain how the private overspill review team turned it around 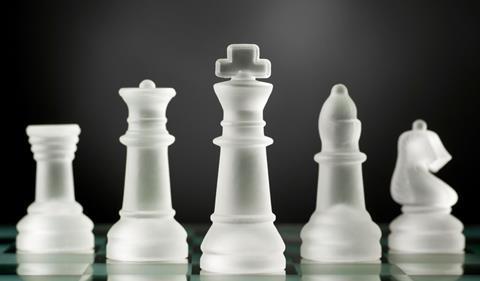 During the past few years there has been an exponential increase in the number of patients being admitted to private psychiatric units from NHS mental health trusts in the UK due to their inability to meet the demand for admissions within their own bed capacity.

There are several causes for this, including:

More than 1,700 mental health beds were closed between April 2011 and August 2013 - an overall reduction of 9 per cent - primarily as a result of budget cuts to the majority of England’s 47 mental health trusts.

Average occupancy levels in acute adult and psychiatric beds continue to run at 100 per cent according to freedom of information figures from 28 trusts. Half of these providers had levels of more than 100 per cent and allhad occupancy rates above the 85 per cent recommended by the Royal College of Psychiatrists.

Referrals to crisis and community mental health teams are reported to have risen by 16 per cent in the past two years. This increasing demand for mental health services is thought to be due to a reduction in resources, the effect of the economic recession and welfare reform.

The resulting patient “overspill” into psychiatric beds in the private sector is costing the NHS millions. In 2013 Manchester Mental Health and Social Care Trust reportedly spent £1.75m in four months sending patients to out of area private hospitals due to a shortage of NHS beds.

At South London and Maudsley Foundation Trust 542 patients were admitted to private beds in 2013. The average length of stay in private care was 21.3 days for female patients and 27.8 days for male patients.

With an average cost of around £495 per day, the financial implications of these figures have put considerable pressure on the trust, and patients receive poorer quality care due to isolation from their support networks.

In response to the increasing number of patients in private overspill, the trust set up a multidisciplinary workstream which put a number of different operational and capacity management initiatives into place. Home treatment capacity was increased and two 13 bed internal overspill wards were opened in December 2013.

At the same time, the trust worked with commissioners to approve plans to launch a significant investment in community services to deal with systemic issues, focus on high caseloads and improve therapeutic interventions.

Also, a private overspill review team was set up on a short term basis in January last year to provide assertive in-reach for patients admitted to private units.

The team’s function was to improve the quality of care provided to the trust’s patients in the independent sector and to reduce their length of stay by advising external providers on treatment, improving communication between trust and  external providers, and to help facilitate timely discharge.

The private overspill review team consists of the following members:

During the time that the review team was functional, a service development project was initiated to improve team processes and in doing so, to improve the quality of care given to patients admitted to the private sector and reduce their length of stay.

A stakeholder analysis was carried out and the project team members conducted interviews with members of team, trust executives, a patient and their relative, private unit clinical staff and members of the trust bed management meeting. A process map was also drawn up to identify potential areas for improvement in how the review team worked.

The following recommendations were made and implemented for the team:

At the same time, other wider changes were made at the trust including:

The review team has been deemed an effective contributor to a reduction of patients in private overspill beds. It is an approach that other trusts can use to deal with patient overspill.