Seven projects have been awarded “NHS innovation test bed” status under a flagship programme designed to bring together innovative technologies and the NHS, and integrate them to speed up their impact.

NHS England chief executive Simon Stevens is set to launch the first wave of test beds at the World Economic Forum in Davos today, as part of “a major new drive to modernise how the NHS delivers care”. 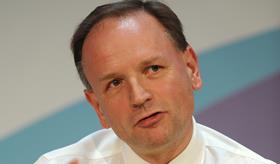 Simon Stevens will speak at the World Economic Forum in Davos

Mr Stevens will tell the audience in Switzerland: “Over the next decade major health gains won’t just come from a few ‘miracle cures’, but also from combining diverse breakthroughs in fields such as biosensors, medtech and drug discovery, mobile communications, and [artificial intelligence] computing.

“Our new NHS test beds programme aims to bring together some of these most promising technologies in receptive environments inside the world’s largest public, integrated health service.”

The first wave of test beds includes five health and care projects and two “internet of things” test beds (see box below). They aim to address a wide range of issues including helping older patients, people with long term conditions and patients with mental health problems.

What are the seven test beds?

There are five health and care test beds:

An NHS England statement said: “These collaborations between the NHS and innovators – including Verily (formerly Google Life Sciences), IBM and Philips – aim to harness technology to address some of the most complex issues facing patients and the health service.

“Frontline health and care workers in seven areas will pioneer and evaluate the use of novel combinations of interconnected devices, such as wearable monitors, data analysis and ways of working, which will help patients stay well and monitor their conditions themselves at home.

“Successful innovations will then be available for other parts of the country to adopt and adapt to the particular needs of their local populations.”

NHS England told HSJ the projects will share £17m of central funding between now and 2017-18. The money is to be used primarily used for evaluation to create a robust evidence base so that successful innovations can be implemented at speed elsewhere.

NHS England is putting together a “national support package” to address issues such as helping establish evaluation metrics, solutions for information governance issues and other issues on which areas say they would like advice.

The programme, first trailed in the Five Year Forward View in 2014, received 500 expressions of interest from innovators following a prospectus being published last March.

Jenny Shand, executive lead of the Care City test bed, told HSJ: “Getting test bed status is a great opportunity and will allow us to really accelerate our progress and do more than would have otherwise been possible.

“A big barrier to getting innovative interventions more widely adopted is building a robust evidence base. The funding will help us get academic leadership and analytical support to do that, and put in place other parts of the core infrastructure for the project, such as bringing service users together and mobilising frontline teams to lead the implementation.”

Mike Birtwistle, founding partner of consultants Incisive Health, said: “It’s good news that the NHS is starting to look at the telehealth pitch again. It would be interesting to see what level of resources are being brought in from the private sector and other partners, and how fast they can get innovation off the ground within the test bed sites.

“Another interesting question is will the test beds make a significant contribution delivering the forward view or are they are down payment on the years after that?”