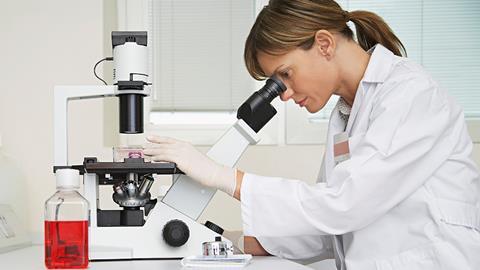 The benefits of a joint venture for pathology

Over the last decade, with few exceptions, there has been little progress on consolidation in pathology as called for in Lord Carter’s original review.

However, one service which has risen to the challenge is joint venture Southwest Pathology Services (SPS) in Somerset.

Now in its fourth year, the two trusts involved have reconfigured and merged their services, benefited from external investment in a brand new “hub” laboratory with state of the art, highly automated equipment, and massively improved turnaround times, while at the same time receiving an overall year-on-year reduction in the cost of their pathology service.

Though Taunton & Somerset Foundation Trust and Yeovil District Hospital Foundation Trust have worked in a network since 2001, they, like other trusts, faced increasing demands on their services, plus inadequate space and equipment across all disciplines.

iPP invested over £5m to develop a reconfigured on-site lab service at the two hospitals and a state of the art hub laboratory, while significantly reducing the cost of the service to the trusts.

From an early stage, the clinical leadership within pathology realised that only a real transformation would deliver cost efficiencies and improve the quality of the service provided.

In 2011 the trusts went out to tender, seeking a partner to help them deliver a transformed model, reducing costs without adversely affecting quality. The service leaders knew the expertise existed within the network, but realised that to achieve the desired results fast, a partner was needed.

The result was a joint venture (JV) between the two trusts and Integrated Pathology Partnerships (iPP) – the UK arm of synlab International – called Southwest Pathology Services.

Pathology services in Somerset were transformed with all routine work, apart from histopathology, being delivered by a new state of the art, off-site, hub laboratory.

The hospital-based laboratories were remodelled into essential service laboratories (ESL) to handle urgent testing requests requiring fast turnaround. This redesign was achieved by the original pathology staff working together with the iPP team to produce a more effective delivery model fit for the local health economy.

Today, in excess of 95 per cent of GP work is routinely reported by the following morning and there have been reductions of around 25 per cent in average turnaround times for both urgent and routine blood tests within both hospitals. In addition, 95 per cent of tests are now available within 74 and 124 minutes respectively (compared to 133 and 257 minutes previously).

Within accident and emergency, turnaround times in particular cases have reduced by 22 per cent for urgent and 29 per cent for non-urgent tests. Variation has also been reduced and the A&E doctors are now confident that they can expect to get critical tests back faster and more often with a positive impact on patient pathways.

Crucially, the pathology service within the JV has remained clinically led and governed by the trusts. To that end, although remaining employed by their original trusts, the pathologists maintain a key position within the JV, through the pathology committee, which reviews performance and any quality issues, and also maintains a key role in supporting new developments.

Through the monthly JV board meeting, pathology maintains a high profile at CEO level within the trusts.

To provide greater transparency about quality, the pathology committee developed a quality dashboard which gives information on seven domains:

Addressing the need for investment while reducing the overall cost of pathology services is what makes transformation challenging. iPP invested over £5m to develop a reconfigured on-site lab service at the two hospitals and a state of the art hub laboratory, while significantly reducing the cost of the service to the trusts.

This was achieved by transforming processes and reducing the cost of operations. Through multidisciplinary training of staff, workload was increased without the need for additional headcount.

Success at SPS is due to clinical and laboratory leadership working closely, supported by the expertise of iPP to transform pathology services

Last year, while testing activity increased by over 2 per cent, the cost to deliver the service actually fell by more than this amount at a time when the JV received considerable investment for new digital and molecular testing equipment; overall, a win-win situation for the trusts.

The JV also benefits from access to digital platforms for both microbiology and histopathology, which will allow more rapid access to expert opinion both across the county, and further afield.

The JV is part of Europe’s largest network of pathology laboratories giving the pathologists access to skills and expertise previously not available. For example, like so many hospitals, the trusts’ histopathology departments suffered from a shortfall in histopathologist reporting capacity.

Solutions tended to be either inflexible, costly, or both. Access to digital histopathology as part of a pan-European project at synlab is now enabling the JV pathologists to plan for a flexible resource, providing for shortfalls in in-house capacity.

“If anything were to fail at YDH or Taunton, we can quickly move samples around the network to mitigate risk. This is one of the greatest challenges we had in the past that has been addressed via this JV.”

The joint venture also benefits from access to digital platforms for both microbiology and histopathology, which will allow more rapid access to expert opinion both across the county, and further afield

Yet, the JV still faces the same challenges as many other pathology services. For example, the difficulties of recruiting laboratory staff with transfusion competencies, vital to maintain 24/7 laboratory services.

The JV pathologists and staff continue to work with NHS colleagues and are the founding members of a working group of three NHS services examining what resources, competencies and processes are needed to ensure best practice delivery of transfusion services via a hub and spoke model.

Success at SPS is due to clinical and laboratory leadership working closely, supported by the expertise of iPP to transform pathology services.

This combination means that change can be sustained and that the laboratory service, whilst managed by iPP, will continue to retain its integral role in the improvement of patient care across Somerset and beyond.