The rewards and challenges of sharing personalised care plans

How can technology enable the implementation of personalised care plans across healthcare systems and what are the benefits to patients? Alison Moore reports on a webinar which tackled these key questions 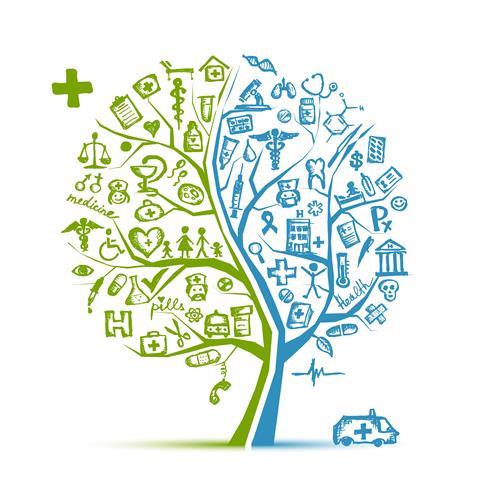 The NHS strives to give everyone care designed around their specific needs and adapted to their circumstances. But for some patients this will need to be formalised and written down in a personalised care plan.

This can include plans for the future – such as what should happen if the patient deteriorates – as well as a current care plan and details of ongoing treatment and self-monitoring.

But sharing these plans between the different organisations patients may come into contact with is crucial if these plans are to drive better, more joined-up care and allow patients to have a voice in what happens to them. An HSJ webinar, in association with InterSystems, looked at some of the benefits of personalised care plans and how they can be shared.

Personalised care plans can include people’s wishes around healthcare – including where they want to spend the end of their lives – but they can also record other information which is important to them.

Anthony Gorman, digital project manager at Lincolnshire Clinical Commissioning Group, described them as “a holistic view of what matters to the individual.”

This could be things like arrangements for looking after pets if someone became unwell, goals and ambitions or keeping families and friends informed. “Everyone has different needs and different wants,” he said.

In Lincolnshire, the care plans which have been developed are available to health and social care organisations, but also the third sector. This helped to tackle a perennial problem – that people felt they had to repeat their information time and time again as they came into contact with other organisations.

As a hospice director, Elise Hoadley sees many personalised care plans which are about end of life care. Many have preferences around where people want to die to avoid the situation where someone approaching the end of life is transported to the “wrong” setting.

“They may not want to go to hospital even if there is something that could be done for them,” she said.

Care plans can help to avoid this. But the personalised care plan can include much more than this – including preferences around who they want to be with them if they deteriorate.

The problems of not having this sort of information stored electronically were illustrated by John Payne, physician executive and clinical safety adviser for InterSystems. “Without the technology we have a paper record that sits in a filing cabinet in a hospital, hospice or general practice that is not accessible to the multitude of disciplines that look after patients.

“The solution that people are using is a portal – something that can be accessed through a phone, or mobile device or computer.” This would allow access to information swiftly and could allow patients’ wishes to be respected. He stressed that developing care plans was a quality issue and suggested this was important when pitching for investment in infrastructure.

Setting up arrangements to share information is not always easy – but it is necessary. Mr Gorman said that in Lincolnshire it had involved a working group involving people from three trusts, people working in neighbourhood teams, primary care, social workers and also patients. Previously there had been as many as 50 different types of care plans used across the county.

Providing people with the necessary training in relation to having the “different” conversation to get the information needed was very important, he said. But there is also ongoing work in regular meetings of representatives of all parties to discuss any issues which emerge such as around information governance.

“It does not happen overnight – it takes time to work through,” he said.

Eighty-five per cent of GP practices in the area had signed up but access for the voluntary sector and care homes was also being piloted.

When partners add information into the system, none is even lost from it – previous versions can be seen, he added.

Introducing care plans can also require a culture change, said Dr Payne. “It is about clinicians working with the patient, working together and with other teams and we also require a technical team to make it happen.”

Support from these teams and from senior leaders was important – including a willingness to invest in both the technology and the culture change to support it – and what was included in a care plan needed to be worked through with partners.

But inevitably there are some differences in care plans – for example, they may reflect the different services available in different areas, he said.

For the independent sector, there can also be a cost consideration: Ms Hoadley said they had had to put in their own resources. There was also work around engaging with the NHS and evidencing the processes used to offer reassurance that the Sue Ryder hospice she runs had robust systems.

“It is finding the right people to have those conversation with,” she said. Trust between partners had been important, as had having a shared electronic system with the NHS.

The pandemic had led to more joined up working between the voluntary sector and NHS providers, she added, describing it was “superb…a lot of red tape has been pushed aside. It’s just a willingness to push forward quickly.”

But there were real benefits to the patients from information shared with the other teams involved in their care, she said. “It prevents a lot of unnecessary conversations, especially with the ambulance services.”

Mr Gorman said CCGs had to make sure that the infrastructure used by partners was safe and there was no “leakage” of data.

In an ideal world, the care plan would be easily accessible to those authorised to view it – for example, there would only be one password needed to log on to their normal system and access the personalised care records. “People don’t want to log in in different places, or learn different passwords,” said Dr Payne.

One thorny issue – often unresolved – is what sort of access patients should have to their own records and how this happens. At the moment this does not happen in Lincolnshire although there is work under way which could enable it, Mr Gorman said.

Viewers who registered to view live can access the on demand version here.