A 73-year-old woman died after the NHS 111 helpline failed to recognise her symptoms as a sign of sepsis, in the latest death linked to the Pathways system. 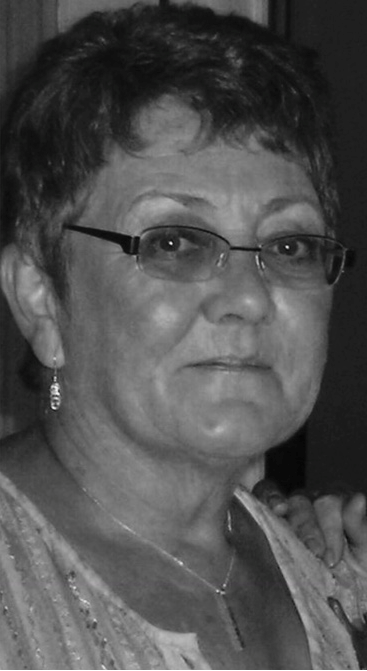 Jennifer Withey’s family is now calling for urgent action to be taken to improve the NHS Pathways software – which they say is not “fit for purpose” – so future deaths are prevented.

Jenny, from Redruth in Cornwall, died from the blood infection in September 2017 after complications arose from back surgery she had over a month earlier in July.

An inquest into her death in July this year heard two of the three calls made a week before she died to the 111 service – which is provided by South Western Ambulance Service Trust in Cornwall –  were identified as “under compliant” following an audit by the trust.

During one call, the call handler noted in a “free text” box used as part of the triage process that Jenny had not urinated for 30 hours, her left arm and leg felt dead, and she could not weight bear.

However, the call handler failed to recognise Jenny’s case as a “complex call”, so did not immediately transfer her to a clinician, according to the coroner’s report. Instead, the call handler said an out of hours GP would be in touch within two hours of the call on Sunday, 3 September 2017.

A GP was sent round to see Jenny six hours later and called 999 after assessing her condition. She was rushed to the Royal Cornwall Hospital in Truro, where she died a week later.

Acting senior coroner for Cornwall and the Isles of Scilly Andrew Cox urged NHS Digital to explore whether changes could be made to the free text box so symptoms of potentially serious conditions are flagged to the call handler. Jenny’s family backed the coroner’s recommendations.

However, NHS Digital has said creating flags in the free text box could make the Pathways system overly complex.

Jenny’s granddaughter, Laura Withey, told HSJ: “There was nothing to flag that those symptoms are a red flag for sepsis. I don’t understand how you can have that kind of technology, that kind of triage process without building in that sort of safety net.

“I just want change. That’s all we wanted from this, for people to recognise that [NHS Pathways] is not fit for purpose at the moment and not keep saying ‘it’s fine’, because it’s not.”

NHS Pathways is a piece of clinical software, run by NHS Digital, that is used to assist non-clinically trained call handlers to establish symptoms and dispatch medical assistance based on a patient’s call.

NHS 111 and 999 providers are expected to strictly adhere to prompts and scripts in the software to establish what the best next steps are to take. Call handlers are supported by clinicians who can provide guidance or take over the call if needed.

The software contains more than 800 symptom pathways and its content is overseen by a national clinical governance group, hosted by the Royal College of GPs, which regularly reviews and updates the content twice a year.

Jenny’s case is the latest in a long line of deaths linked to the NHS 111/999 service in recent years. In July, an HSJ investigation unearthed 11 prevention of future death reports published since 2015 where coroners raised safety concerns linked to the Pathways software.

This included at least three instances where patients triaged by the pathways software died months, sometimes years, after central agencies were alerted to safety concerns by ambulance trusts, but did not make the changes requested. In some cases, NHS Digital has said the blame effectively lies with the trusts employing the call handlers, rather than its software.

Since the investigation was published, concerns about NHS 111 have also been raised in the coroner’s report for 17-year-old Alexander Davidson, who died in February 2018 after he developed sepsis as a result of complications with gallstone pancreatitis. The coroner found Alexander had “struggled to comprehend” the medical terminology used during conversations with 111 call handlers and noted the algorithm for triaging vomiting and diarrhoea symptoms was “unclear”.

Doubts have previously been raised over whether the 111 service is equipped to recognise the symptoms of sepsis, particularly in children. This includes the case of one-year-old William Mead, who died in 2016 after call handlers failed to establish the severity of his condition.

Since William’s death, his mother, Melissa Mead, has campaigned to raise awareness of the condition.

Chief executive of the UK Sepsis Trust Ron Daniels told HSJ improvements have been made to the way NHS 111 deals with sepsis-related calls, but he added: “There are limitations in the system.”

He said the system is currently “very binary” making it difficult to “aggregate answers”. He said a more reactive NHS Pathways system needs to be developed, which learns from the answers given by the patient as each question unfolds.

Dr Daniels also raised concerns over the length of training the call handlers receive before they enter the NHS frontline.

He said: “While some [call handlers] are very good, we have to remember they only receive a minimum of six weeks of training to take them from being a lay person to the frontline of our NHS. A lot of members of the public would not find that acceptable.

“Some of them are great and some of them have been doing it for years, but some of them will be fresh out of training, have little experience on the job and might make poor decisions, through no real fault of their own.”

Deputy clinical director at NHS Pathways Darren Worwood said: “If there was conflict between the questions/answers and the free text this would result in a disposition being unclear and create a situation in which non-clinical call handlers were not able to manage (thus requiring transfer to a clinician, as detailed in the complex call procedure below).”

Mr Worwood also stressed that information written in the free text box “does not have any bearing” on the decision taken by the software, but could later be used by clinical staff.

He added: “The questions and range of answers are developed by clinical authors and assured by the National Clinical Governance Group to achieve the above and ensure an accurate assessment is carried out.

“Relying on non-clinical call handlers to enter accurate symptom descriptions on a free-text basis introduces risks of incorrect or irrelevant information being used.

“An accurate free text description of symptoms requires knowledge and discretion that non-clinical call handlers are not expected to have, and that a training programme for individuals who are not medical professionals could not deliver.”

“Enhancements” have also been made to Pathways to improve identification of critically ill patients, including those with sepsis, he said.

He said: ”NHS Pathways, as part of its routine monitoring and evaluation process, made enhancements to better identify those who are critically ill and at risk of sepsis in release 15. Wide-scale deployment of release 15 to all providers of NHS 111 and all ambulance services in England that use the NHS Pathways system was on 4 May 2018.”

South Western Ambulance Service Trust declined to comment because the coroner in Jenny’s case had directed his concerns towards NHS Digital.