A computer-based test to reduce delays in diagnosis of ADHD 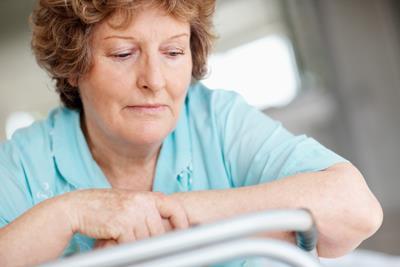 Attention deficit hyperactivity disorder is one of the most common neurodevelopmental disorders in young people; so much so that, on average, it’s likely to affect one child in every classroom.

The condition is not curable but it is treatable, with early intervention significantly reducing the chance of ADHD affecting an individual’s personal, academic and familial functioning. Such intervention also reduces the risk of mental health problems. But in the UK, it’s been reported that there is an average of 18 months between a first appointment and formal diagnosis of the condition.

It was a view to addressing this situation that East Midlands Academic Health Science Network teamed up with Qbtech Ltd. The result was a project which won the 2018 HSJ Award for Innovation in Mental Health, judges praising a model “that draws on innovative technology to improve the timeliness and effectiveness of care”.

Following the introduction of the tool, delays in diagnosis were reduced by an average of 145 days. Some 85 per cent of patients said they found the QbTest helpful and its results useful in understanding their symptoms

That model: the introduction of a computer-based test for ADHD within seven community paediatric and children and adolescent mental health services. QbTest combines attention measurements with an activity analysis based on a motion tracking system. The results indicate whether an individual has ADHD.

Following the introduction of the tool, delays in diagnosis were reduced by an average of 145 days. Some 85 per cent of patients said they found the QbTest helpful and its results useful in understanding their symptoms.

Up to 39 per cent cost savings were reported, and a release of 20-33 per cent of clinicians’ time. Traditionally, it has been common for individuals to see multiple professionals on multiple occasions for assessment and diagnosis. But following the introduction of QbTest, most patients require one less clinic visit for a diagnostic decision on whether or not they have ADHD. In two trusts, a diagnosis was consistently reached during the first appointment with a paediatrician.

According to Chris Hart, commercial director at EMAHSN, the project demonstrates how AHSNs can assist in “bringing the NHS and industry together and accelerating the spread and uptake of innovations which significantly improve patient experience whilst also delivering cost savings to the NHS”.

He says the HSJ Award win was “fantastic news” for the partners involved in the project. His belief is that it helped show “this is a sustainable and cost-effective solution for improving diagnosis of ADHD”.

And the hope is it will encourage implementation of the solution in other organisations. East Midlands AHSN and Qbtech are now working on an adoption and spread project across England. This includes an example business case, case study video, social media campaign and an implementation toolkit.

Comments Tony Doyle, managing director of Qbtech: “[The award was] well-deserved, national recognition for the exceptional hard work and collaboration of all those involved.”

The 2019 HSJ Awards are now open for entries. To find out more about the Digitising Patient Services Initiative category visit https://awards.hsj.co.uk/categories