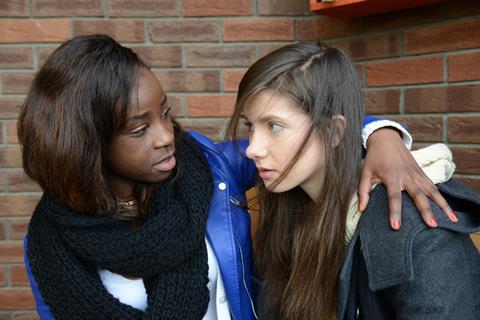 A Healthier Future for Carers, from Hertfordshire and West Essex Sustainability and Transformation Partnership, and the winning project in the System Led Support for Carers category, has evolved from a multi-agency strategy for carers first begun in 1995 and aims to create a shared, carer friendly culture.

As its award entry put it: “Why reach out, if you don’t know there are skills, time and networks to support you? So a systematic approach needs as its key goal: more carers identified earlier with better outcomes.”

Unpaid carers (as opposed to people working in the care system) make up around 10 per cent of the overall population. But they are often seen as an add-on to services and are “not on the radar of commissioners”, despite experiencing poorer health than people who do not do unpaid caring, says Jen Kenward, experience care lead for community, primary and integrated care at NHS England, the award’s sponsor organisation. Carers save the economy £132bn a year (close to what the NHS costs) but are at increased risk of mental health issues, long-term conditions and social isolation.

Ms Kenward says NHS England was keen to partner HSJ for the award as it is a “great platform” to help reduce both the stigma around caring and about the misunderstandings that may arise from what being a carer can entail. She points out that many carers do not see themselves as being in that role but that they are just “looking after” someone.

The winning project urges access to identification and support, including establishing caring champions in primary care organisations, libraries and the fire service, non-stigmatising carers’ passports, social prescribing and online tools to support self-care and peer mentoring schemes. It has seen an increase in the number of carers being recognised and registered as such, in the number of carers receiving health checks and flu jabs and a carers lead nurse has been made a permanent position.

A 2016 GP survey found that awareness and take up of the flu jab was at 80 per cent, 76 per cent were aware of the carer health check service and 63 per cent had taken up the offer. The number of carers in the STP area gaining access to direct access breaks at home and to longer term arrangements has also increased, with 85 per cent of them being able to access a break.

The Herts and West Essex programme’s GP survey found that self-reported health issues included musco-skeletal, which were reported by over half (53 per cent) of respondents, stress (41 per cent), depression (35 per cent) and insomnia (34 per cent). Over half (54 per cent) of young carers in contact with the service have reported reducing their responsibilities and 46 per cent reported improved outcomes. Peer mentoring has led to carers reporting that the majority (92 per cent) felt less isolated and more positive/less stressed (90 per cent).

“More preventable action is needed to be able to stabilise and stem the development of preventable diseases in carers,” says Ms Kenward. “Often when carers start to feel better and get more support and be better connected to support services they are more likely to be able to be happy to continue their caring responsibilities. They are also less likely to give up work – typically this happens in their 50s – which is brilliant for them and the economy. Often it is about simple solutions that do not have to cost huge injections of cash.”

Ms Kenward says involving “real experts”, in this case young carers, on the judging panel, was rewarding and gave the judging a more rounded perspective.

“What we saw in the winning project was that it was relevant, applicable and was genuinely making a difference in a whole society approach, through health and social care working together. Also, they did not claim to have done it all but have set the programme a lot of ambitions.”

Hertfordshire and West Essex STP head of community resilience Tim Anfilogoff says the award win has given the project a stamp of approval.

“We hold a carers roadshow in each locality of the STP footprint and being able to show them the award is very valuable,” he says. “We won’t be able to dine out on it forever, but everyone likes to be associated with successful projects and that is very helpful. Also, there are hundreds of people involved in this and it helps boost morale. People like me keep stuff together but projects like this would never work without everyone who is involved and it is important to remember and recognise that; the award is recognition of that.”

The 2019 HSJ Awards are now open for entries. To find out more visit https://awards.hsj.co.uk/categories