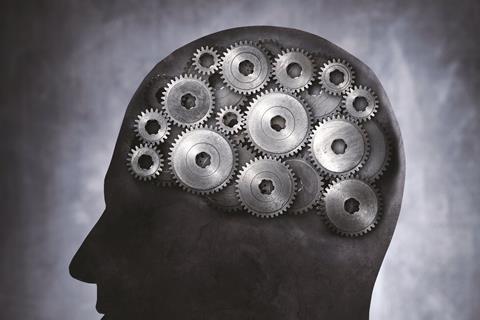 City and Hackney Clinical Commissioning Group might have the fifth highest prevalence of serious mental illness in England, but last year it achieved the highest physical health check coverage in the country.

This was down to a collaborative approach by the CCG, local trust, GPs, heath informatics, a voluntary sector exercise and diet specialist organisation, and service users themselves.

This alliance model for primary care SMI physical health was named mental health innovation of the year at the HSJ awards – although according to CCG mental health programme director Dan Burningham, they almost didn’t even take part.

“Our medical director initially persuaded me to enter, and when I first thought about it, I didn’t think we had anything worth putting forward,” he says modestly. “I looked at the category ‘innovation’ and thought of it as a single thing and I didn’t think we had that. I knew we had done well because we’d come top in England in SMI physical health checks, so I felt there was something innovative that we were doing, but it wasn’t a single thing. Then I thought about what it was that delivered it, and it came to me that the ‘single thing’ was that we had done this through an alliance. Now other areas might have alliances, but nowhere had used it to the same extent we had, or got the success that we had. It was the way we had used integrative working through an alliance structure that was innovative.”

Bringing together these organisations in a focused and structured way has allowed people and data systems from different organisations to integrate, and has created a seamless pathway between primary and secondary care settings for physical health checks. This has meant that there are more opportunities to “capture” people with SMI wherever they are in services, rather than relying on them attending GP practices or responding to calls to come for health checks. This includes people who are in residential accommodation, and those who find it difficult to leave their home.

Bringing all the organisations together was also valuable for sharing expertise, making it a learning experience for staff as well

Patient flow modelling indicated that around half of people with SMI do pass through secondary care, suggesting that a choice of setting would be beneficial in improving uptake of physical health checks in this cohort.

The service was underpinned by a sophisticated dashboard which helped to create consistency between primary and secondary care, as well as cutting duplication.

The impact was impressive. Prior to adoption of the alliance approach, physical health checks coverage for people with SMI was 31 per cent; a year after implementation it was 71.2 per cent. What’s more, the checks also revealed issues that had not previously been picked up – such as patients on anti-psychotic medicines who did not have a diagnosis of psychosis, and people whose medication had not been reviewed for years.

Ironically, it was only when looking through the data and service user questionnaires to find information for the HSJ awards entry that Burningham realised just how much an impact the initiative was having on individuals. This ranged from service users saying that tailored follow-up sport and exercise activities offered by Core Sport made them feel “less alone” to one patient who would not attend the GP but who was found to have dangerous levels of lithium toxicity and required an urgent medicine review.

“It really made a difference to some people, and in some cases it was life-changing or even life-saving,” he says.

Bringing all the organisations together was also valuable for sharing expertise, making it a learning experience for staff as well. The alliance model has also attracted attention from other CCGs and healthcare organisations, particularly since winning the award. “We’ve disseminated what we’ve done and we’ve had a lot of interest. There’s a lot of people behind an award – not just those who go on the night. In the NHS you don’t always get the recognition, and winning an award, or being highly commended is a really nice thing to be able to take around the teams as well and take back to the organisation.