A discharge to assess project, led by the then South Cheshire CCG, winner of the Connecting Services and Information category at the 2019 HSJ Awards, created a single system-wide portal that provides real-time data on patient status. Jennifer Trueland finds out how it has improved patient and staff experience 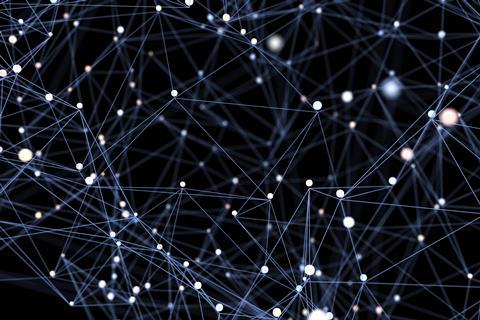 A platform bringing together information about patients ready to transfer across a health and social care system has improved discharge planning, reduced delayed discharge, and improved patient and staff experience.

A D2A (discharge to assess) group created a single portal accessible to health and social care providers that provides real-time data on patient status and need, reducing duplication and improving the quality of information; it also means that patients only have to tell their story once.

Since it was introduced, delayed transfers of care have reduced from 7.1 per cent to below the national target of 3.5 per cent; transparency has improved, and there has been a reduction in complaints and serious incidents relating to discharge.

The vast majority – 90 per cent – of users have found it easy to use and half rated it as good or excellent.

The project, led by the then South Cheshire Clinical Commissioning Group, took the top prize in the Connecting Services and Information category of the latest HSJ awards – much to the surprise and delight of the team.

“We really didn’t expect to win, but it was lovely; everyone was on a real high,” says Linda Banner-Perry, who is now senior project manager with Cheshire CCG (following the merger of local CCGs). “It felt there was recognition of all the hard work to design it, implement it and get it working.”

“We developed a bespoke integrated discharge system which enabled all health and social care partners to share information on a platform so that the patient didn’t have to reiterate time and time again where they were up to in their journey,” says Ms Banner-Perry. “It helped to build relationships between health and social care colleagues and strengthened partnership working across the patch.”

Getting buy-in staff from across the local health and social care economy was key to the project’s success.

“It was very much a participative process, and we held a lot of workshops,” says Ms Banner-Perry. “We had our high level vision of where we wanted to get to, but we broke that down into bite-size chunks for people to work through, and then got them involved in user testing as well, so if they felt there were things that weren’t quite working right at an early stage, they had an opportunity to have input.”

I think it’s been a journey for some of our partners in being willing to share patient information. Trying to remove those barriers and create ‘one story’ was the real cultural change we needed

Working across several organisations, the main challenges were connectivity and culture. “It took us an awful long time to get an information sharing agreement in place. Also, I think it’s been a journey for some of our partners in being willing to share patient information. Trying to remove those barriers and create ‘one story’ was the real cultural change we needed. It didn’t happen overnight, but when they could see the benefits of having that shared system where all that patient information is held, it made a real difference.”

Benefits include using the system to identify patients where there has been a delayed transfer of care, to facilitate collection of data that needs to be reported to NHS England on a daily basis. “Partners can look on that system to see people who are medically optimised and decide the most appropriate delayed code that needs to be allocated to them. Making the system that was something of benefit to them was really important for us.”

Ms Banner-Perry says that the main lesson is that you shouldn’t underestimate how much time and effort it takes to develop the system. It’s also important to do user acceptance testing to a level that means it is possible to bring it on board quickly. “The other lesson is to consider as early as possible the information you want to extract from the system,” she adds.

They decided to enter the HSJ awards because they wanted to highlight the work they had been doing, and share it with others. “I think it’s been something really different – having to get partners involved has been the biggest challenge,” says Ms Banner-Perry. “And if someone else can take our learning, and be that step ahead, rather than having to take little steps, then that would be great. I think it’s really important that people have an opportunity to share and learn from each other.”