One of the country’s largest teaching hospitals has appointed an NHS England non-executive director and clinical genetics professor as its new chair. 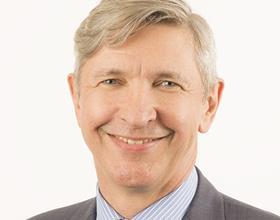 Sir John Burn: ‘We face increasing pressure but we will respond positively’

One of the first tasks Sir John will take on is appointing the “outstanding” FT a new permanent chief executive to replace Sir Leonard Fenwick who was sacked for gross misconduct in June.

Mr Smith will step down as chairman on 30 November after more than 10 years in the post having joined the FT in 2007.

His tenure was was extended after Sir Leonard’s application to be considered as chairman of the trust last year was branded a “very real concern” by NHS Improvement. No appointment was made.

The trust then asked the regulator initially if Mr Smith’s term could be extended from September this year until November.

Sir John’s appointment was confirmed by the trust’s council of governors at a meeting on Thursday afternoon.

Sir Leonard was dismissed from his role at Newcastle upon Tyne Hospitals after a disciplinary panel found “allegations relating to inappropriate behaviour, use of resources and a range of governance issues were proven”.

The decision – announced in August – came after Sir Leonard attended a two-day disciplinary hearing in May. The NHS’s longest-serving chief executive appealed the original decision to dismiss him, but a second panel in July upheld the original verdict.

The trust has not said what the inappropriate behavior, use of resources or governance issues are.

It also said that it was required to report a number of concerns to NHS Protect, the counter fraud and security management service.

HSJ revealed that Sir Leonard faced a disciplinary hearing in May, amidst allegations of bullying by a former senior employee.

The accusations came to light in a letter sent to the trust’s chairman Kingsley Smith alleging Sir Leonard had:

Sir Leonard’s role has been filled by medical director Andy Welch and Louise Robson, executive director of business and development, who will continue to act as interims until a new chief executive is appointed.

Born and raised in Durham, Sir John moved to Newcastle as a medical student in 1970 before spending four years at Great Ormand Street Hospital.

He returned to the north east as the region’s first clinical genetics consultant and went on to lead the NHS Northern Genetics Service for 20 years. In 1991 he was appointed as Professor of Clinical Genetics at Newcastle University where he continues to lead a cancer research programme.

Sir John is currently a non-executive director at NHS England and is a senior investigator with the National Institute of Health Research, chair of the international Human Variome Project, and chair of the successful Newcastle Biotechnology company, QuantuMDx ltd.

He said: “The Newcastle upon Tyne Hospitals NHS Foundation Trust is a hugely successful organisation with thousands of highly skilled staff dedicated to providing the best possible care for the people of the North East and beyond. We face increasing pressure from both tightening financial resources and growing patient need but we will respond positively, as we always have.”