We need to kickstart a radical rethink of the current model of long-term care to create a new and desirable alternative, writes Jackie Marshall-Cyrus 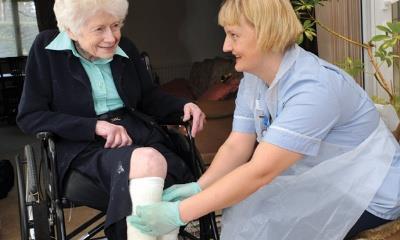 As the life expectancy of people rises, the number of people in need of long-term care also increases. It will keep on doing so in the near future.

At the political level, the challenge is seen as managing the growing economic burden on the state arising from the ageing population and the consequent growth in dependency.

This is compounded by a significant reduction in the potential support ratio − from 12:1 in 1950 to 2:1 in 2050; rising demands on the NHS and the limited availability of a workforce to deliver specialised nursing and domiciliary care.

The public sector is going through a significant period of change, and with cuts it’s sorely challenged to deliver high-quality and affordable long-term care.

As a society, belief in the UK as a nation with a deep concern for the well-being of its population is challenged by the many stories we hear of poor lifestyles, abuse and loneliness. The voluntary sector is loud in its criticism of the status quo; however, it is yet to unite around a viable solution and future vision.

Currently the demand for long-term care outstrips supply. The market for such services is dominated by a number of key players, which at the moment is worth around £25bn.

These challenges are further complicated by the ingrained assumptions about long-term care provision that many have − the conviction that we simply need to find more cost-effective ways of delivery; or that by injecting more money into the system; or increasing availability of places; or that through multiple policy initiatives, the system will become fit for the 21st century.

At the same time, the belief that older adults, especially those requiring high levels of support, are essentially a burden on society with no needs beyond the physical and functional aspects of daily life leaves us with a narrow, patronising and negative vision that is deeply entrenched and resistant to change.

We want to kick start a radical rethink of the current model of long-term care to create new and desirable alternatives.

There is a need to re-image and to construct something outside of the existing system. I think it’s safe to say that we are investing to ensure future generations can approach later life with confidence, secure in the knowledge that a wide range of affordable and dignified options exists, offering us a continuum of support for our chosen lifestyle − if, when and how we require that support.

From an online survey we commissioned in November 2012, of the 2,008 people who responded, 72 per cent thought the long-term care system is “out of date and requires an overhaul to ensure it is fit for purpose”.

That figure rose to 83 per cent of those aged 55 or over. Four in five (80 per cent) believed the system is going to get worse with our ageing population.

We recognise that £2.7m is not going to fix the whole landscape − especially since the cost of implementing the Dilnot commission findings is £1.7bn.

Instead, we want to create some space for organisations − especially new entrants − to act and think differently. The aim is to unleash the power of innovation, technology, creativity and partnership to drive economic and social change, fuel the UK’s economic growth and trigger a dynamic, sustainable and affordable market in support of dependent lifestyles.

Innovation in all its forms

At some time in our lives, some of us − through ill health, accident or advanced years − will find ourselves significantly dependent on other people or the social care system for support.

If and when that happens, the important factors to be kept in mind are: the quality of life that we continue to enjoy; the degree of dignity we are afforded; the respect with which our wishes are treated; and whether this gives peace of mind to us and and our family and friends.

Unfortunately the reality often falls short. For many people who find themselves in this system of “care” the reality can be a progressive loss of dignity and autonomy, coupled with increasing dependence, institutionalisation, and loneliness.

In its present form, long-term care looks increasingly unaffordable to individuals, government and society as a whole.

There is a clear and unequivocal need for innovation in all its forms: social, technological and business-led. We aim to initiate this action by leading and creating an environment that is conducive to multisector collaboration and partnership across the UK to stimulate economic growth and improved quality of life for its citizens.