The influencers on our list hold sway across the health economy

Our third Top Chief Executives List is not intended simply as a historical record of who did well in their own organisation over the last year. Our judges were looking for individuals who are also working beyond their trust

Welcome to this list recognising the top 50 chief executives in NHS provider organisations. Each year that HSJ has compiled this list – with the help of expert judges – we have felt the environment could not be tougher for those working at the top of these organisations. 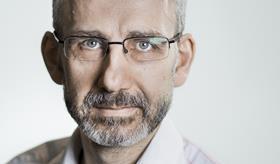 This year is no exception: it is hard to imagine a more demanding task than delivering on both finance and quality, while also motivating a workforce struggling with change, ever-increasing demands and pay restrictions. Those who succeed in doing so deserve our admiration.

But this list is not intended simply as a historical record of who did well in their own organisation over the last year. Our judges – who all have enormous experience and knowledge of the NHS and whose number include former NHS chief executive Sir David Nicholson and former Monitor chief executive David Bennett – were looking for individuals who are also working beyond their trust.

One of the most sought after characteristics of chief executives of the future is likely to be the ability to lead and influence across a health economy, drawing in partners from the voluntary and private sector as well as trusts and local authorities.

This year we may be seeing the start of a generational shift.

Some outstanding chief executives, such as Sir Robert Naylor and Sir Ron Kerr, are stepping down and being replaced by younger talent coming through the ranks. Others have left in less happy circumstances – the departure of Dr Keith McNeil still resonates through the NHS.

There has been considerable turnover in our list over the last year and a welcome increase in the number of women – now 22 out of the top 50.

As the NHS nears a new financial year with no sign of pressure abating, we need great leaders like these more than ever. We hope this supplement and the acclamation of their peers shows they are appreciated.

Alastair McLellan is editor of HSJ