The Department of Health has sent accountancy firms into NHS organisations in what is being seen as “an act of desperation” to avoid blowing its spending limit, HSJ has been told.

Documents seen by HSJ reveal the firms will assess the accounts of 20 organisations and the potential impact on the DH’s accounts. 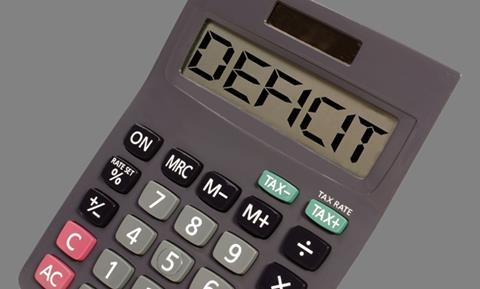 The NHS provider sector is expected to end the year with an underlying deficit of £2.5bn

The DH is perilously close to breaching its spending limit agreed by Parliament for 2015-16, and the review is designed to “support the health group accounts”.

One expert called the move an “act of desperation”, while an NHS finance director said it “goes against the grain of professional accounting and auditing”.

Twenty organisations will be reviewed, including provider trusts and clinical commissioning groups. Trusts and CCGs are currently in the process of closing their accounts for the year, but it is thought the work could be expanded to more organisations if it is successful.

The documents suggest the firms will assess the “reasonableness” of accounting treatment and the potential impact on the DH’s accounts.

Focus areas will include “overly prudent” accounting around deferral of income and third party disputes, and “unnecessary provisioning” for restructuring.

A finance director, who has seen the documents sent to one trust, said: “It appears this work is only intended to improve the income and expenditure position, which goes against the grain of professional accounting and auditing.

“Accounting should be about accuracy and fairness, not about overstating your income to persuade people you’re in a better position than you really are.

“What this seems to be about is removing the concept of prudence. As professional accountants, if someone owes us money we take a professional view on whether or when we’re likely to receive that money, and there is a risk here that people will be pressured into changing their view to improve the position.

“The production of accounts is a matter for finance directors, their board and trust auditors, not the DH or their consultants.”

A letter sent to the 20 organisations by David Williams, the director general of finance at the DH, which introduced the work, said he was asked to undertake “additional due diligence work on the annual accounts of group bodies to ensure that we fully understand the position of the group”.

It added: “The scope of [the accountancy teams’] work will be to examine your application of accounting policies and to investigate various transactions where guidance could be misinterpreted or where assurance is needed that changes to guidance are being applied consistently across the group.

“Organisations have been chosen to provide a representative view of the system… The purpose of this exercise is to support the group accounts, rather than critique your local financial statements, which will of course continue to be audited by your appointed external audit firm.”

A senior figure in NHS consultancy told HSJ the work was “an act of desperation” by the DH, adding: “Directors of finance are getting loads of pressure from the centre to do accountancy stuff they are not comfortable with. [They are] getting their arms twisted.”

Last month, an NHS trust finance director wrote to the Commons public accounts committee to warn that financial and regulatory pressure could push trusts to “cook the books”.

There is a high risk that the DH will breach its spending limit this year, with the NHS provider sector expected to end the year with an underlying deficit of more than £2.5bn.

The DH declined to comment or reveal the 20 organisations involved in the work.

HSJ asked NHS Improvement directors about the work at the body’s board meeting earlier this week. Finance director Elizabeth O’Mahony said it was down to the “professional responsibility” of finance staff not to sign off inappropriately if pressure was put on them, adding: “I know I wouldn’t [let myself] be put in that position.”

Asked if finance directors had expressed concerns to NHS Improvement, she said “no”.