3
Exclusive: Next STF payments depend solely on financial performance
Finance and efficiency

Exclusive: Next STF payments depend solely on financial performance

NHS trusts will not be penalised for missing waiting targets in the last three months of 2016-17, as part of new efforts to curb the financial deficit.

In guidance sent to trusts, seen by HSJ, NHS Improvement said the final allocations from the sustainability and transformation fund this year will be paid in full if headline financial targets are met. 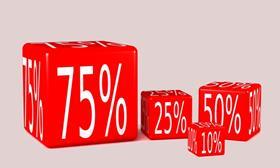 The Q4 STF payment will depend solely on hitting financial targets

The final allocations from the £1.8bn fund relate to the last quarter of the financial year, and could now total more than £800m. This is due to the allocations missed by trusts earlier in the year being made available to those that can meet their targets.

The STF was introduced during the current financial year and has been used to incentivise trusts to meet their financial control totals and waiting time targets.

Until now access to the fund has been dependent on whether a trust met its financial target, but 30 per cent was only payable if performance trajectories for accident and emergency, elective care and cancer services were also met.

However, the NHSI memo said: “At quarter four, the full quarter’s STF will be paid on delivery of an agreed financial control total. The collection forms will be updated to reflect this approach. Please note that this approach has been adopted for 2016-17 only.”

The memo was sent to trusts on 28 March, four days before the end of the financial year. This leaves no time for underlying run rate improvements, but could incentivise trusts to use technical accounting measures before submitting their final performance figures next month.

A spokesman for NHSI said: “The updated approach was to simplify the arrangement for STF at the year-end so should be positive news for providers.”

The change is the latest in a series of measures to increase the incentives for trusts to meet their control totals, with trusts that exceed their target already in line for “bonus payments”.

The latest measure could increase the pot available for the bonuses depending on the number of trusts that meet their control total.

After the first nine months of the financial year, the official forecast for the provider sector was for a year-end deficit of £873m, against the agreed maximum of £580m.

The STF requirements around elective care and cancer targets will be dropped in 2017-18, with A&E accounting for the entire performance element.