More than £750m of capital funding is required to deliver the sustainability and transformation plan for Cheshire and Mersey, according to a document leaked to HSJ.

HSJ has seen a version of the region’s STP submission, which has been led by Louise Shepherd, chief executive of Alder Hey Children’s Foundation Trust. 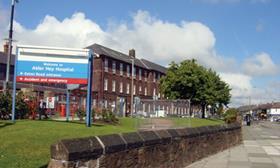 The document, which appears to be the final submission to NHS England, says: “We recognise that these plans are heavily dependent upon capital – up to £755m additional funding requirement in current plans…

“However, we recognise there is still significant work to do before these high level requirements are turned into robust business case ready solutions. In particular to fully articulate the cost/benefits associated with the proposed investment…

“We also understand that capital funding is extremely limited and that we will need to focus investment in those schemes that provide the most beneficial impact on our STP plans.”

NHS England has told local leaders not to publish their full STPs at this stage. Earlier this year, NHS England and NHS Improvement warned leaders working on the plans that capital funding is “extremely constrained”. They were advised to look for “other possible sources” for the funds they need.

The Cheshire and Mersey document also raises concerns over a lack of contingency funding.

It says: “The size of the current gap is an estimate and more work to agree the future assurance framework is yet to be completed.

“However, two dimensions can be described in that: firstly, the current level of planning has no level of contingency (indicatively 25-50 per cent) that would normally be associated with programmes of this size and complexity;

“Secondly, the robustness of the ‘plans’ and associated risks regarding measurability, capability and deliverability all serve to make us discount the current value of the whole by a figure of 30 per cent equating to some £300m.”

It also says issues around “capacity and capability” are “still to be resolved”, adding: “Attempting to deliver a change programme of this scale without freeing up key members of staff from other duties, or without bringing in additional resource, is destined to fail.

“The lack of transformation capacity and expertise released from within the system will result in momentum being lost.

“We are at a watershed moment and the membership group has recently agreed to consider all requests for capacity and skills in the light of insufficient progress being made to exploit the goodwill and discretionary efforts of all those contributing to this plan to date.”