Simon Stevens has again stressed that the NHS has been given less funding than it requested over the course of this parliament, in contrast to repeated statements made by ministers.

The chief executive of NHS England was giving evidence to the Commons public accounts committee following a report in The Times on Wednesday morning that suggested senior aides to the prime minister had been briefing against him. 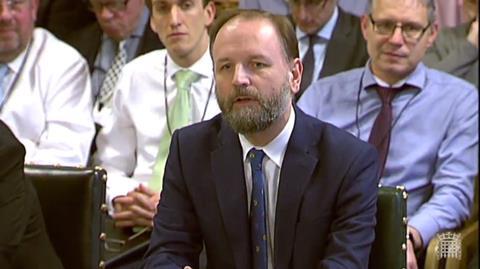 The report claimed Number 10 had been irritated by Mr Stevens’ “political interventions” and aides accused him of being “insufficiently enthusiastic and responsive”.

Since the government spending review in 2015, ministers including Theresa May and Philip Hammond have repeatedly said the NHS is getting “more than it asked for” over the course of this parliament.

The claim relates to the £10bn real terms increase to NHS England’s budget over a six year period to 2020-21, or £8bn over a five year period. It does not account for cuts of more than 20 per cent in other health budgets.

Asked about this claim by the committee, Mr Stevens said: “It’s right that by 2020 NHS England will be getting an extra £10bn over the course of six years.

“And over and above that we’ve obviously had a spending review negotiation in the meantime and that has set the NHS budget for the next three years.

“And it’s a matter of fact, it’s not news, I’ve said it previously to the select committee back in October, like probably every part of the public service, we got less than we asked for in that process, so I think it would be stretching it to say the NHS has got more than it asked for.”

Mr Stevens has previously said that the request for a front loaded settlement in 2016-17 was met by the government, but that requests relating to the middle years of the parliament were not matched.

There were also pointed comments from Mr Stevens on international comparisons of health spending. At one point he held up a Daily Mail article that said the NHS is trailing the rest of the EU in many aspects of its healthcare provision.

He also interrupted Department of Health permanent secretary Chris Wormald, who was comparing UK health spending to the OECD average. Mr Stevens said he “hates to ever disagree with Chris” but pointed out that this includes “countries like Mexico”.

He said it would be more appropriate to compare spending to countries such as Germany, which spends 30 per cent more per capita on healthcare.