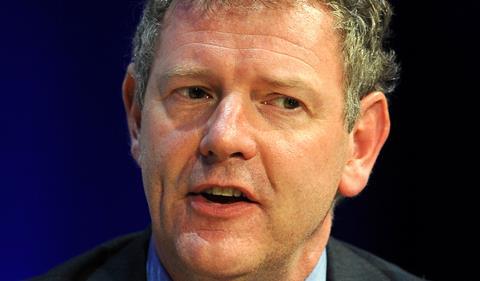 The national workforce plan was published by HEE in December after being delayed. It included a 1.8 per cent increase to adult nurse training places – less than many people in the sector had predicted.

“If we had more money we would have almost certainly commissioned more training posts.”

He added that HEE had to live within the resources it was given. “We are still paying for earlier years because nursing is a three year course so the costs keep going up and that’s a challenge for us.

“If we had more resource available then we would probably have commissioned more adult nursing places than we are intending to commission [in 2016-17].”

However, senior figures within HEE remain confident that the level of extra nurse training places commissioned over the last three years will be sufficient to meet the future needs of the NHS.

He said the biggest barrier to achieving the predicted 80,000 increase in the total NHS workforce by 2020 was a failure by employers to tackle poor retention of existing staff.

He said: “Retention is one of the biggest areas we have got to start focusing the system on in the next year because we can keep training more and more people, but if we are not keeping the people we have already trained we are stacking up problems and costs for the system.”

He said “enormous variability” in retention rates between similar NHS providers could not be explained by consistent factors such as pay. “There is something else – what makes a good employer? Is it access to training, leadership and management? Whatever it is, it is making a difference and we want to understand that,” he added.

He said: “In some part of the country we have seen a demand line, looking forward three, four or five years, that reflects a much higher level of activity than is being predicted through the Five Year Forward View assumptions. We need to make sure our workforce assumptions are compliant with the forward view.

He said HEE had no issues with what trusts were demanding now but “what we are querying is their figures for five years’ time”.

He said: “It’s about prioritisation around what we do. What we are looking at doing is taking that £70m out of a mixture of running costs, money spent on the current workforce and some of the national programme money we have.

“It’s not going to decimate anything but it is going to effectively send quite a clear statement that we are going to have to prioritise producing the nursing and other workforce that people want in the future, which will squeeze our abilities in other areas.”

From 2017 HEE will no longer commission training places. The government plans to end the student bursary for nurse and allied health professional training places and switch to a student loan system.

He said: “We will continue to fund clinical placements for nurses and AHPs for the minimum numbers we think the NHS needs.

“We will go through a process to determine how we are going to allocate that £150m to ensure we get the right mix of professions across the country, both geographically and by profession. We will use our clinical placement funding to incentivise places in certain parts of the country.”