The parliamentary health service ombudsman, Dame Julie Mellor, was told that her deputy was involved in covering up the sexual harassment of an NHS trust HR director at least seven months ago, HSJ can reveal.

Mick Martin’s role as former vice chair and acting chair at Derbyshire Healthcare Foundation Trust in 2013 was brought to the fore last week as the Care Quality Commission and Monitor concluded their investigations into governance at the trust. 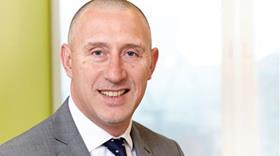 An employment tribunal in 2015 ruled that Mr Martin, who oversees and decides on casework at the PHSO, helped to cover up the harassment of the trust’s former human resources director Helen Marks by the former chair Alan Baines. Ms Marks was awarded £832,711 compensation earlier this month.

Ms Marks told HSJ Mr Martin should resign from his position and revealed she had written to Dame Julie in July 2015 with a copy of the tribunal’s judgment setting out Mr Martin’s behaviour.

Mr Martin, whose full title is managing director and deputy ombudsman, joined the PHSO in autumn 2013.

A copy of Dame Julie’s reply, seen by HSJ, shows she “noted” the comments but gave no indication of any action she intended to take as a result. The PHSO has refused to answer any questions from HSJ this week.

Ms Marks said: “I believe Mr Martin should resign along with those who were significantly involved in these events and have continued to remain in post. The role that Mick Martin now holds is a position of trust and by deliberately doing the wrong thing [he] undermines that trust and credibility for patients, staff and the public.”

She added: “We wrote to the ombudsman to raise our concerns and got a very short letter back noting our comments. We were very disappointed, however we are not surprised because that has been our experience throughout all of this.

“It appears the ombudsman didn’t take what we were saying seriously. These are not allegations but facts as found in a court of law, an employment tribunal.”

Mr Martin, who has powers delegated to him by the ombudsman, was criticised by the employment tribunal alongside former trust chief executive Steven Trenchard and lead governor Lew Hall for acting to hide Mr Baines’ harassment of Ms Marks. The tribunal said Mr Baines had abused his position by suspending Ms Marks after she refused his advances.

Mr Martin employed a former colleague from the Royal Mail as an “independent” investigator who carried out what the tribunal said was a “woefully inadequate” review and who was appointed to Ms Mark’s role while she was on “special leave”.

Staff governor Sue Flynn also told the tribunal Mr Martin had insisted details of what was happening should be kept from the trust governors, in a meeting with her on 13 October 2013.

According to a job description for the ombudsman’s role, for which Mr Martin deputises, the personal characteristics of the ombudsman must include having “unquestionable personal integrity”; “commitment to high standards of public administration and public service delivery”; and the ability to “inspire confidence with the general public”.

Ms Marks said her case was evidence of a cultural problem throughout the NHS. She said: “Not one person has been held to account for what happened to me. They have been allowed to retire or resign with their reputations and pay or are still in post. People have done wrong and there has been no disciplinary action against any of them.

“If this had been a frontline worker they would have been dismissed and potentially struck off their register. The NHS still doesn’t take whistleblowing seriously [and it] seems unable to say sorry and apologise.”

Ms Marks said the “awful” struggle to clear her name had taken its toll on her family. She added: “If this is how a director in a trust can be treated imagine how hard it has to be for patients or staff to be heard.

“The NHS doesn’t take sexual harassment seriously and we are so willing to blame the woman or the man – the victim – instead of the perpetrator.”

HSJ approached the PHSO for comment in response but it declined.